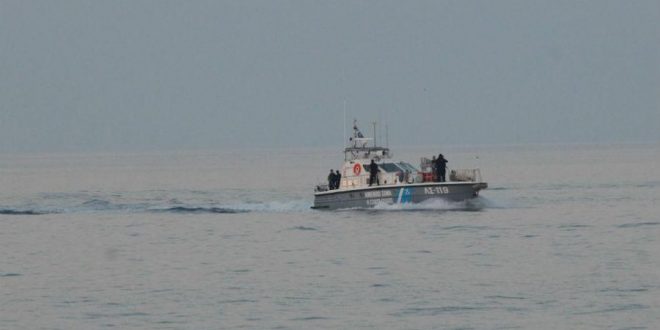 One child died and six people are missing after a boat carrying migrant and refugees form Turkey to Greece capsized near the island of Samos early Sunday. 17 people have been reportedly rescued.

According to media, the Greek Coast Guard recovered the body of the child from the sea area off the Cape Praso in the east of the island.

A woman was located in the same area, and in a close distance in a n area not easily accessible another 10 people.

All evelen passengers of the boat were rescued and taken to the port of Samos. The body of the underage boy was transferred to the General Hospital of the island.

Later, the Fire Service informed the Coast Guard than 6 more people were located on land in the East of Samos.

So far, it is not clear whether the boat capsized or was thrown to the rocks of Cape Praso by the waves.

According to survivors’ testimonies, a total of 24 people were on board and six of them were missing.

According to unconfirmed reports by Norwegian NGO Aegean Boat Report, among the missing were two pregnant women and two children.

The research and rescue operation has been reportedly concluded.

According to media information, authorities arrested the father of the 6-year-old boy and charged the 25-year-old man form Afghanistan with endangerment of a minor.

Arrested has been also a 23-year-old Afghan national allegedly the trafficker of the migrants.