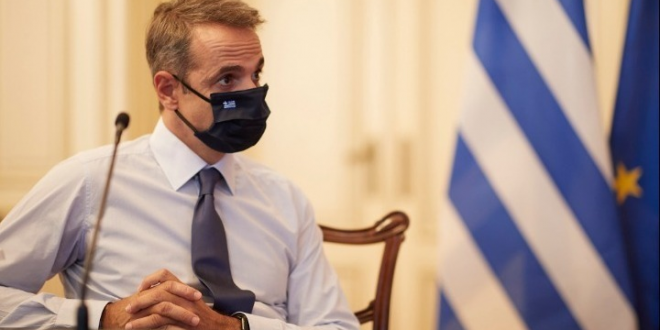 “Greece should not become a low-cost investment destination,” says PM

Greece need to become attractive to investors in five ways, not simply over low labor costs, Prime Minister Kyriakos Mitsotakis said on Monday. The PM said that Greece’s comparative advantage should focus on taxation, the quality of human resources, the operation of the state, transparency, and the independence of institutions. Greece must not become a low-cost investment destination, he underlined.

During a teleconference on the final draft of the Pissarides Committee report “Development Plan for the Greek Economy”  Mitsotakis said that the report will serve as “a road map” that will take advantage of the EU Recovery Fund resources.

Stressing that the report is not a government plan or a political document, he called it “a reference text” for Greek society, parties, market forces and parties, and said it would be turned over for public consultation.

Some of the provisions of the plan he noted include lower taxes for workers, productive investments, decoupling of public administration from party influence, long-term secretary-general positions in ministries, incentives for more investments in research and innovation, a second and reciprocal supplementary insurance pillar in the social security system, and support of families, especially those with young children.

The report also calls for wage increases, but not with loans such that almost led the country to bankruptcy, the premier stressed.

“Where we are truly behind as a country is in improving the productivity of workers and businesses, and for this to happen we have to increase by far the investments happening in Greece,” Mitsotakis said, adding, “Specifically, we have to double them in order to cover this great gap of divestiture accrued during the ten-year crisis.”