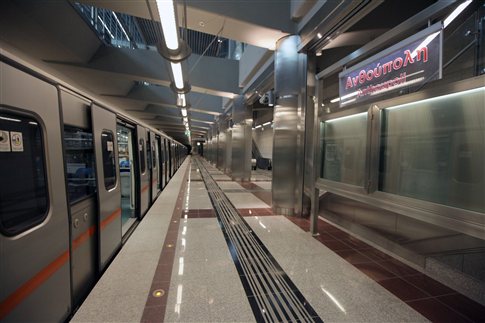 Tram: Work stoppage from 6 pm until the end of the night shift

Buses and trolleys will operate as usual.

In an announcement, STASY employees said that they were “not willing to accept the use of the pandemic as a ‘tool’ for passing anti-labor legislation to trample decades of rights.”

They also said that the government’s proposals for the abolition of the eight-hour day, the unpaid overtime, additional restrictions of strike action, the weakening the possibility for labor disputes and the reduced benefits for the unemployed, “cannot be accepted by the workers.”

They also called for more measures to tackle the pandemic in STASY, including facilities for the testing of staff for Covid-19 at the company’s expense and the signing of a new collective labour agreement.