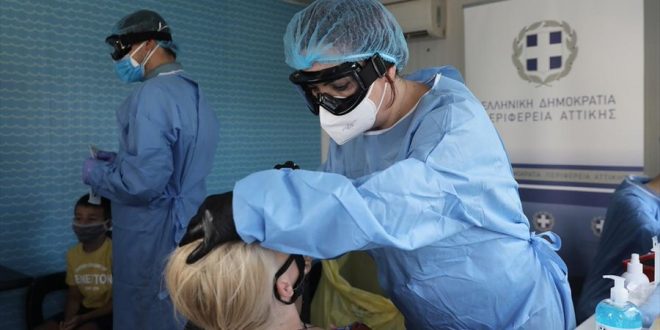 Two conservative mainstream newspapers set the management of the pandemic in Greece on fire on Sunday as they published reports alleging that there is a second system of registration of Covid-19 patients in the country. The reports imply that neither the epidemiologists who analyze the pandemic data and recommend measures nor the Prime Minister who takes the final decisions are informed in time about the course of the coronavirus in the country. The reports are publish as Greece has been recording an average of 100 daily deaths since November 21, and increase of intubations even in regions where there is a lockdown since November 3.

The reports create serious concern about the reliability of the daily data released by the National Health Organization (EODY), data that they build the basis of the measures suggestions by the epidemiologists. 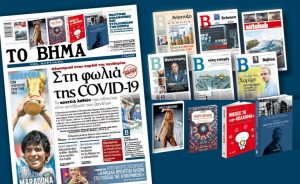 According to the reports published on the newspapers To Vima and Dimokratia on Sunday, there is a “parallel” system of infections registration by EODY with the effect that the data the Prime Minister’s office and the Epidemiologists Committee at the Health Ministry receive are not complete and there are possibly also not the real ones. 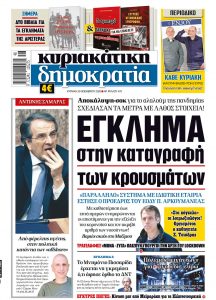 “For this reason, there is intense dissatisfaction on the part of both Sotiris Tsiodras [Greece’s top epidemiologist] and Nikos Hardalias [head of Civil Protection], as they do not receive the latest infections data in time something that has consequences for the measures they are called to decide upon and implement,” the newspaper reported.

According to ToVima, “Doctors who had access to the national registry they woud find out that if they added the positive tests, the negative ones and those under investigation, it was 1/3 less that of the cases on the daily report.

Such a practice has reportedly caused rift in the relationships between scientists and the government and it trigerring a serious political shocks as responsibilities are already being sought.

Who is to blame for Thessaloniki

It is interesting that hours while the newspapers were on print and distribution, Prime Minister Kyriakos Mitsotakis blamed the epidemiologists and the local authorities for the delay in taken measures to contain the spread of the virus in Thessaloniki, the city that is battling against the Covid-19, with hundreds of new cases registered every day.

The Prime Minister visited two hospitals in the country’s second biggest city and said later in an interview with local radio Status FM: “Maybe we should have been active a week earlier in Thessaloniki. However, there were not many voices in the city asking earlier for a lockdown, neither did we have any relevant proposal by the epidemiology committee.”

Local politicians reminded Mitsotakis that already in summer, scientists at the Aristotelio University of Thessaloniki had warned about the situation in Thessaloniki that has been in lockdown since November 3 and there is no sign of infections decrease.

Anyway, the government was quick to respond to the news papers claims and spokesman Stelios Petsas dismissed them as “fake news.”

“There is one system of  National Registry for Covid-19 that can always be consulted by scientists, and claims about parallel systems of registration “only exists in some people’s imagination,” Petsas said on Sunday.

He stressed that the daily report published by EODY is the same used by epidemiologists who decide the measures to be implemented.

Such reports “undermine the joint effort made by all of use,” he added.

Head of Civil Protections and deputy minister for Crisis Management, Nikos Hardalias, described the reports as “entirely unfair and baseless.

“There are neither double registrations of infection cases nor rift and problems between us,” he said.

Main opposition party SYRIZA called on justice to investigate the newspapers reports and on the government to publish the minutes of the health committees meetings.

Fact is that several media have recently criticized the daily Covid-19 reports as incomplete as they do not analytically refer to age groups and in which Regional Units the daily tests are carried out, there is no detailed information about the Covid-19 patients who daily pass away, the active cases and the regions where they have located. there is no information about the positivity of the tests, about the number of hospitalizations in normal wards and in ICUs.

The only information the daily EODY report refers to is the number of intubated patients.

In a relevant question by news website news247.gr to the President of EODY Panagiotis Arkoumaneas, he responded that the reports to the public and the media were complete, but the website proved otherwise.

Leaks to the press during the week, complained about “much too many epidemiologists committees” creating confusion about who is really dealing with the pandemic.

There has been also criticism on social media about the EODY reports and missing data do not help to create a full picture about the pandemic situation in the country.