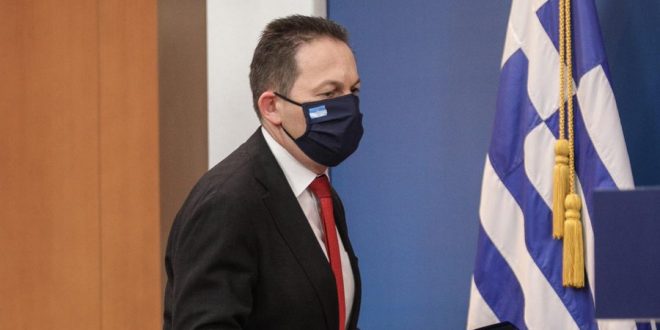 Lockdown to be extended beyond Dec 7, says Greece’s gov’t spokesman

Government spokesman Stelios Petsas said on Wednesday that the nationwide lockdown to stem the spread of the virus would need to be extended beyond December 7. He said that the government is not in position to say how the lockdown will be gradually lifted and referred to official announcements – by the Prime Minister – scheduled for upcoming Friday

Speaking to Mega TV, Petsas said that the data of the pandemic at the moment show “a stabilization or even a decrease” while there are positive elements, such as that the discharges are more than the admissions of patients while at the same time, he noted, the number of simple empty beds is increasing.

Regarding the vaccinations, he said that the government’s goal is to have them completed by the end of June.

For their start, he placed it at the end of December and the beginning of January.

Asked whether the schools or the retail stores will open first, he said that the government is not yet able to announce the order in which they will open and referred to the announcements that will be made by the end of the week, regarding the road map for the gradual lifting of the lockdown

One scenario speaks of opening of the school first, then retail stores and later restaurants.

Petsas implied that the hairdressers may open soon.

Several restaurant owners, among them some prominent ones, told media in the last two days, that the cost if too high if they open and close again after -say- two weeks. They’d prefer to not open at all and wait until the situation is stable and will not be followed by another lockdown.

Several epidemiologists have warned the government to not proceed with the lockdown lifting, when 100 Covid-19 patients die on the daily average, 600 people are intubated in ICUs and the daily new infections are three times above a safety level of 500 across the country.

The government had been planning a “rolling lockdown” but health experts warn that this may lead to crowding in shops and on the streets, if people are under pressure to do their shopping in just two weeks, before stores would close again.

Speaking to Skai earlier Wednesday, Manolis Dermitzakis, professor of genetics at the University of Geneva, said that given Greece’s daily infection rate at the moment, reopening retail stores ahead of the Christmas season should be ruled out.

Regarding the Covid-19 vaccines, spokesman Petsas said that they could be made available to Greek citizens before the end of the year and that the  vaccination program is anticipated to be completed by late June 2021.