The Holocaust Memorial and the wall of the Synagogue in Larissa were vandalized again, this time by a man wearing a cassock. The man was holding an icon and sprayed a cross and and a Christian slogan on Thursday afternoon.

The Jewish Community of Larissa, Central Greece, said in a press release that the incident took place on Thursday afternoon, when a middle-aged man wearing a cassock and holding an icon, sprayed a Christogram with the words “Jesus Christ Conquers” on the monument. 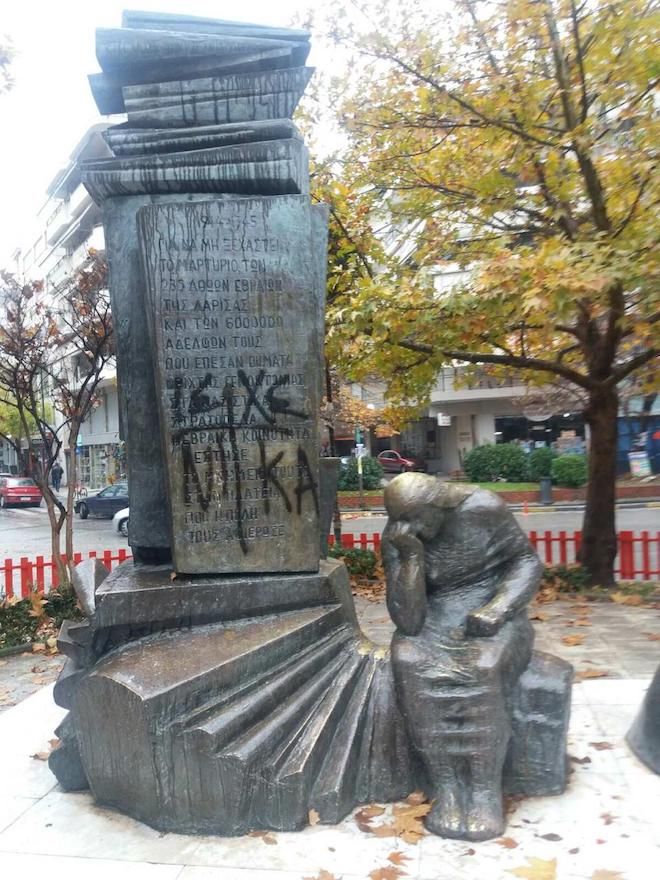 He did the same twice on the outer wall of the Synagogue which is currently being restored. 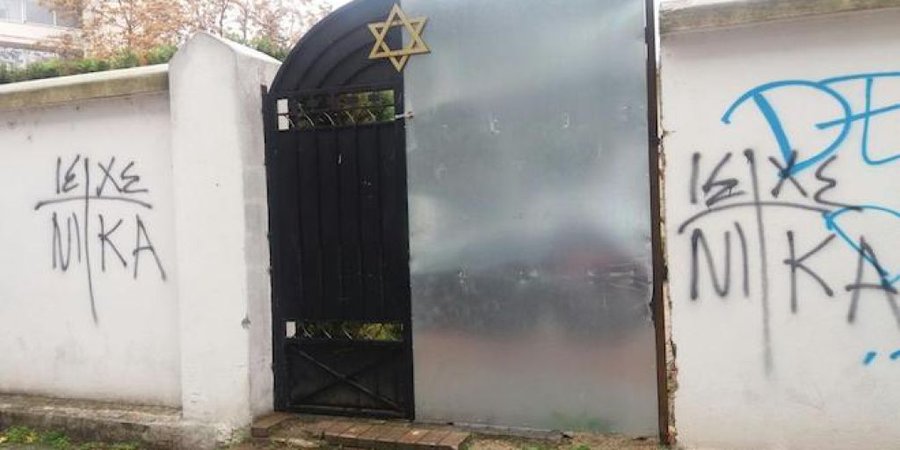 The Jewish Community informed the police and the president president filed a lawsuit.

The Bishop of Larissa Ieronymos and the Mayor of the city in central Greece, condemned the act, local media larissanet reported.

and so did also the Foreign Ministry.

In a statement the Greek Foreign Ministry described the vandalism as “heinous” and said that “this abhorrent act offends the memory of the victims of the Holocaust and is not in line with Greek culture and the values of Greek society.”

The statement added “such actions remind us of the need to be vigilant in defending our moral values against racism, hatred and bigotry.”

The Central Board of Jewish Communities in Greece (KISE) condemned the vandalism on Friday, saying that the action “exudes religious fanaticism and intolerance.”

The Holocaust Memorial has been the target of religious fanatics also in the past.