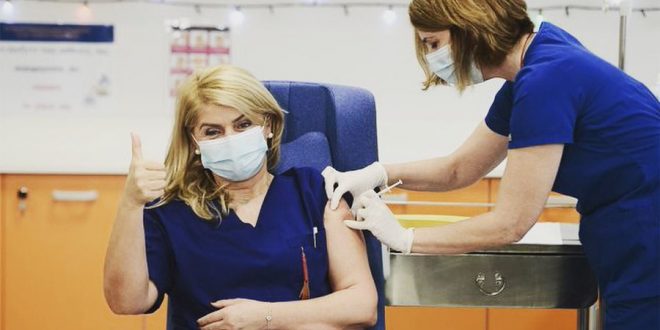 Eftsathia Kampisiouli, chief nurse at the Intensive Care Unit of Evangelismos hospital in Athens, was the first Greek to receive the Pfizer/BioNTech vaccine against Covid-19. She was followed by an 88-year-old care home resident and the political leadership of the country who received the Covid-vaccine in a symbolical move aiming to convince the citizens of the country.

The vaccination of the 39-year-old nurse at 1 p.m. Sunday was broadcast live on television. 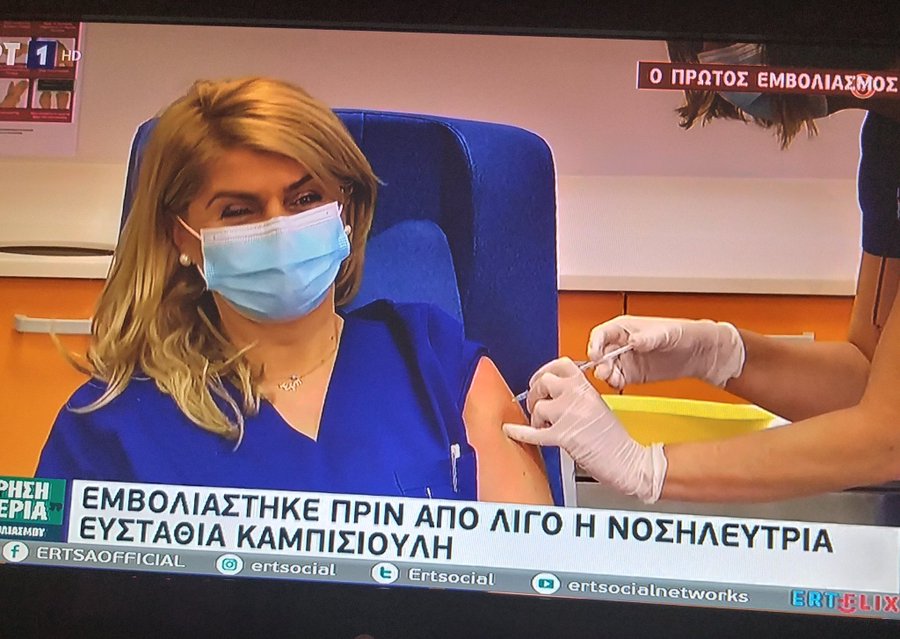 Speaking to reporters after her inoculation, Kampisiouli said she was certain that many would be zealous of her today. “In me, the whole nursing sector is honored,” she added.

Health Minister Vassilis Kikilias posted on Twitter: “The first vaccination is a fact. Our nurse in ICU Efstathia Kampisiouli. Today is the first day of the countdown to take our lives back.”

The second person to be vaccinated half hour later was Michalis Giovanidis, 88, a nursing home resident. He accepted being chosen to be among the first and reportedly asked when the pandemic would be over.

The President of the Hellenic Republic was third on the list and Prime Minister Kyriakos Mitsotakis fourth. 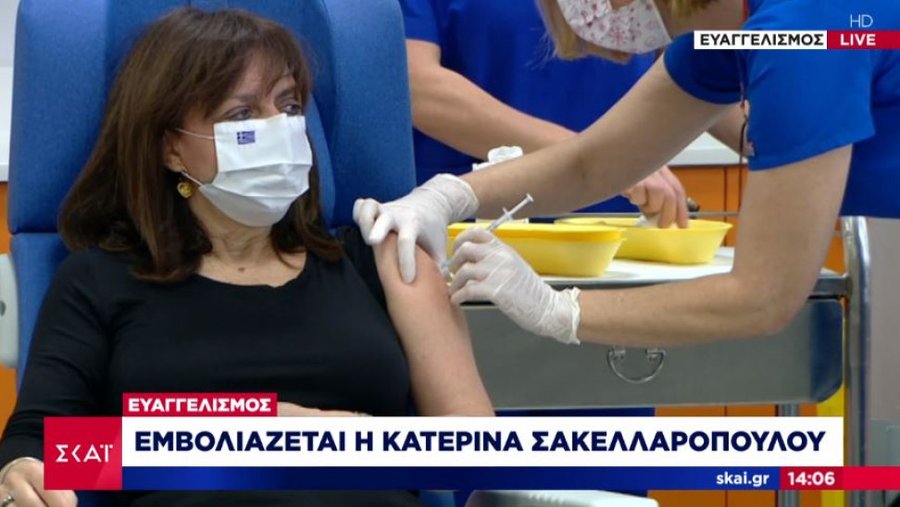 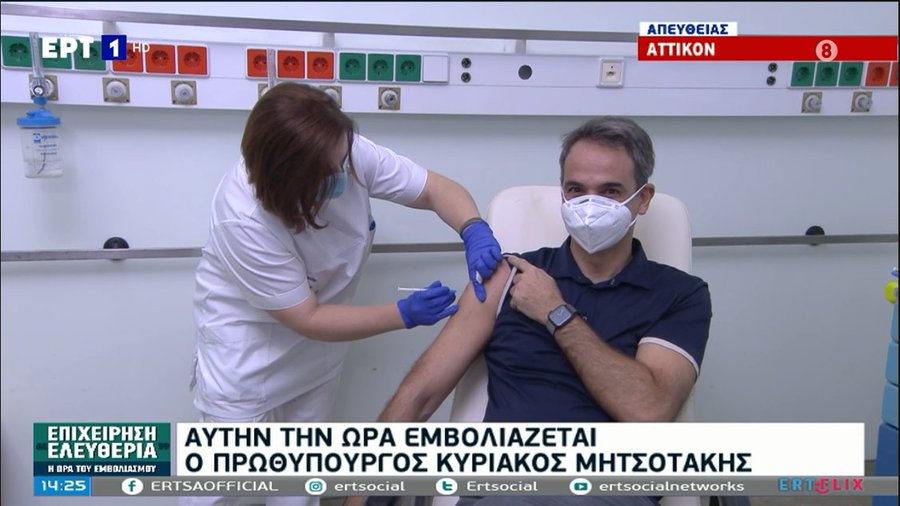 According to the official protocol for prominent “symbolic” vaccinations, next on the list was the country’s top epidemiologist Sotiris Tsiodras. 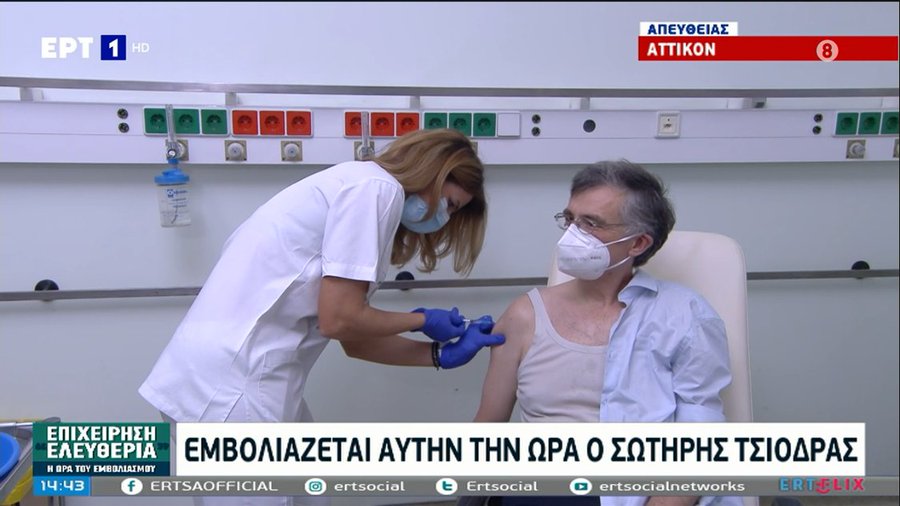 Worth noting that the Professor for Infectious Diseases and Greece’s top epidemiologist knocked three times on wood (ok, the plastic of the chair) when the nurse approached him with the needle. Video here. Did he want to chase away some unknown evil powers???

Tsiodras was followed by the Parliament Speaker, the Secretary of MeRA25, the President of the National Vaccination Committee, the Health Minister, the Chief of General Staff and the Bishop of Nafpaktos as representative for the Archbishop of Athens and whole Greece Ieronymos. The Archbishop told media a few days ago, that doctors had advised him to not be vaccinated at this point as he has shortly recovered from Covid-19 infection.

All vaccinations broadcasted live were accompanied by the annoying sound of camera clicks as reporters were allowed to capture the historic moments.

Those vaccinated on Sunday had to stay in a separet room for 15 minutes so doctors would check if they developed some unpleasant reaction to the vaccine. They will receive the second dose in around 20 days, state broadcaster ERT reported.

Apart from the prominent vaccinations, health workers’ inoculation in five hospitals in Athens was launched in all quietness. Scheduled is the vaccination of 50 people per day in each hospital.

As of Monday, vaccinations of health personnel in other Greek cities is scheduled to start.

While the President and government officials were going to Evangelismos hospital for their tiny share to history, health personnel was staging a protest. they held papers reading ” You have been cheating us! Where is the permanent recruitment of staff.” Other demanded more protection measures.

All politicians and Tsiodras made long statements in an effort to convince the citizens to participate in the vaccination program.