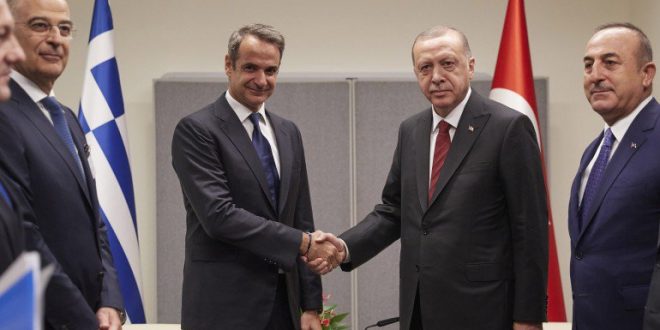 Exploratory talks between Greece and Turkey on Jan 25 in Istanbul

January 11, 2021 Greece, Politics Comments Off on Exploratory talks between Greece and Turkey on Jan 25 in Istanbul 541 Views

The Greek Foreign Ministry announced on Monday evening that the 61. round of exploratory talks with Turkey will take place in Istanbul on January 25, 2021.

Earlier the Ministry had said that there was no official invitation despite the call by Turkish Foreign Minister Mevlut Cavusoglu. The invitation reportedly came late on Moinday afternoon and the Greek side accepted.

Not that the exploratory talks take place in rotation either in Greece or Turkey.

The Turkish FM has called for “unconditional talks.”

However, Greek Prime Minister Kyriakos Mitsotakis responded making clear that there is only one issue to discuss and this is the “delimitation of maritime zones in the Aegean and the East Mediterranean Sea.”

The exploratory talks were halted on March 2016 after 60 rounds.