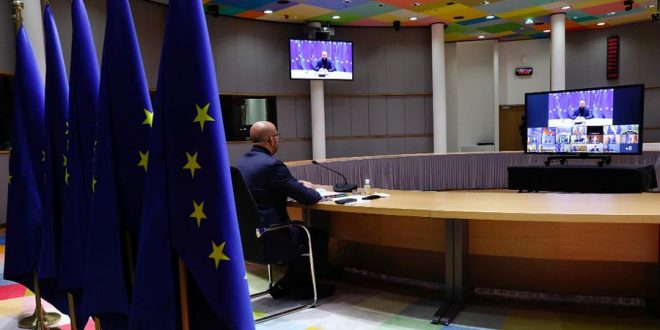 EU leaders said “No” to the vaccination certificate proposed by Greece and supported by other countries of the European South. Instead, they agreed that non-essential travel would be discouraged after a meeting to discuss the mounting challenge from more infectious virus variants.

At the European Council Summit that took place via teleconference on Thursday, the 27 leaders expressed concern about the virus mutations and considered better mutation tracking and improved lockdown coordination, worrying about an imminent increase in deaths across the EU.

Citing a diplomat present at the video-conference, Politico reported that the Greek PM said that “now is the time to plan” for a world where significant parts of the population are vaccinated and urged his colleagues to agree on technicalities now and discuss how to exactly use that certificate in due course.

On the often-made argument that it would be discriminatory to ease travel restrictions only for those vaccinated, Mitsotakis told his EU counterparts to not kid themselves: EU countries are discriminating all the time, with every country having different requirements for travel and virus-related restrictions despite the pleas for EU-wide coordination.

But other European leaders argued that it is too early for citizens who have been vaccinated against the Covid-19 to claim any travel benefits.

French President Emmanuel Macron said vaccine passports needed to be looked at with “great caution,” particularly because it was not yet clear if vaccinated people could still transmit the virus to others, so Reuters .

They eventually agreed that at such an early stage in the immunization process, vaccine certificates should be regarded solely as a medical documents only and should not be used for travel purposes.

Furthermore they agreed that it should be possible to agree on common standards for vaccine certificates for medical purposes. However, they left for later a debate on whether they could be used to enable travel, as Greece and Spain, want.

PM Mitsaotakis had also argued that those who wish to travel, but have not be vaccinated should still be able to do so under existing travel rules, such as obligatory PCR testing before travel, rapid tests upon arrival and quarantines where appropriate.

He tweeted after the conference:

Regarding the introduction of a European vaccination certificate, the first step is to reach an agreement on the technical characteristics and standardization of its form. We should be ready for when the percentage of EU citizens who have been vaccinated increases. #EUCO

After the video conference, European Commission President Ursula von der Leyen told a press conference that the health situation in Europe was “very serious,” with new variants and an increase in infections.

She stressed that countries should not close their borders, to ensure the functioning of the single market, including the flow of goods and travel for cross-border workers.

However, she said the Commission would add a new “dark red” category to its traffic light indications of risk, for regions where the virus was circulating at a very high rate. Today, almost all of Europe is red – with the exception of Greece and Finland.

Map issued on Jan 21, 2021, by the European Centre for Disease Prevention and Control 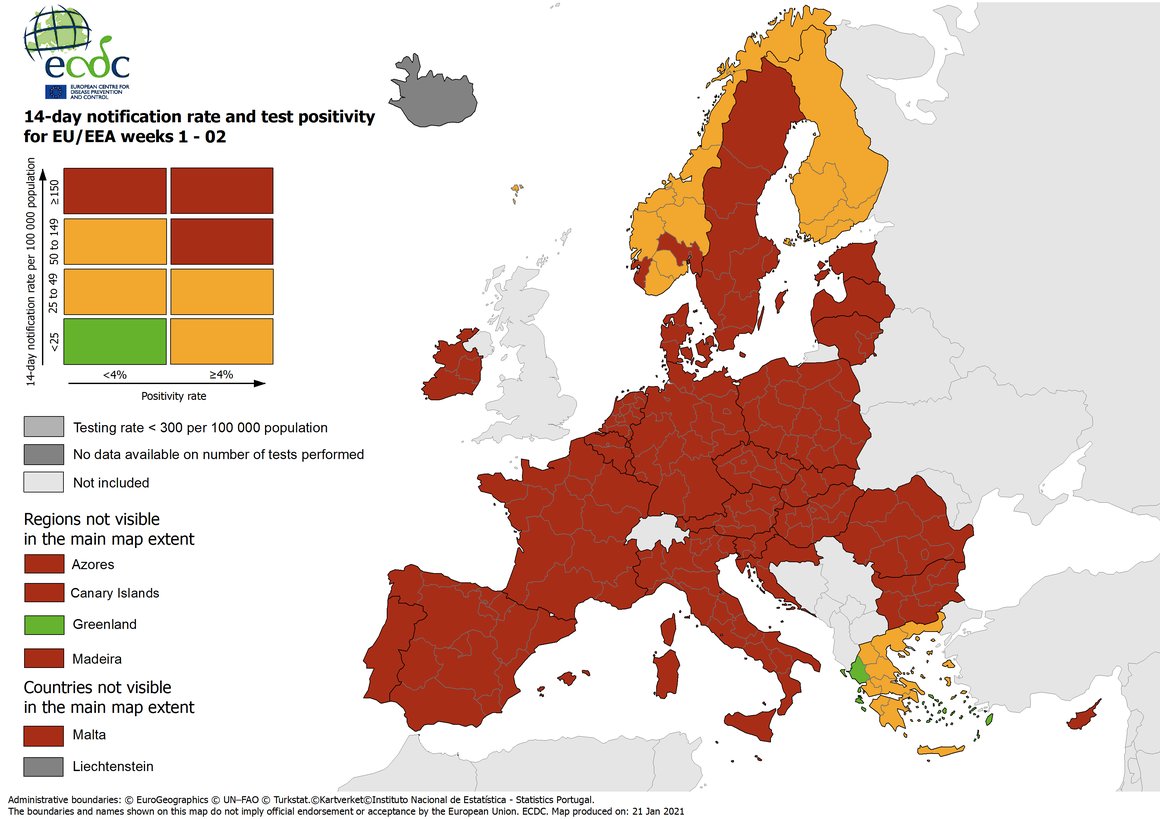 “Persons travelling from dark red areas could be required to do a test before departure, as well as to undergo quarantine after arrival,” von der Leyen said, adding all non-essential travel should be discouraged from these areas.

Leaders agreed to restrict nonessential travel if necessary — but avoid border closures. EU countries should keep their borders open despite the ongoing fight against the coronavirus, but “restrictions could be considered for nonessential travel,” EUCO President Charles Michel said.

Press Release on the Conclusions of the EUCO Summit

EU countries agreed on a common framework for:

🧪 Testing remains a key pillar in controlling and mitigating the #COVID19 pandemic.