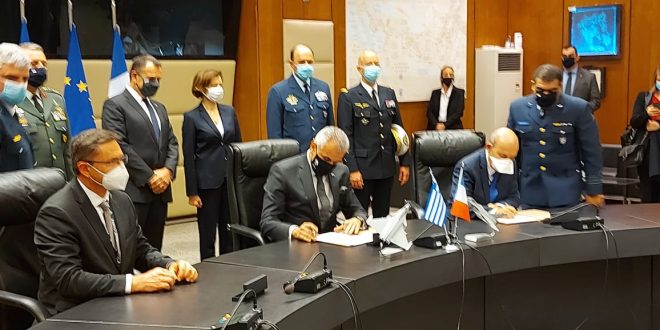 Greece and France signed on Monday a 2.3 billion euro deal for the purchase of 18 Rafale fighter jets, as tensions with Turkey remain high. Florence Parly, the French defense minister, signed the agreement in Athens to deliver 12 used and six new aircraft built by Dassault Aviation over two years, starting in July.

France has sided with Greece in a dispute over boundaries in the Aegean Sea and eastern Mediterranean that has brought NATO members Greece and Turkey to the brink of war several times in recent decades.

The Rafale agreement was signed on the same day, Greece and Turkey resumed the s-called- “exploratory talks” after they were interrupted in March 2016.
Parly has reportedly also brought a revised proposal for the purchase of French frigates. The proposal includes four Belharra type frigates, two frigates for the La Fayette-type intermediate solution as well as the modernization of Greek MEKO-type frigates.
Minister Parly submitted the French proposal for the frigates at a meeting with her Greek counterpart Nikos Panagiotopoulos at the Defence Ministry.

In statements, Parly stressed the importance of defense and military cooperation between Greece and France and said that this will be further strengthened by holding joint exercises in 2021. 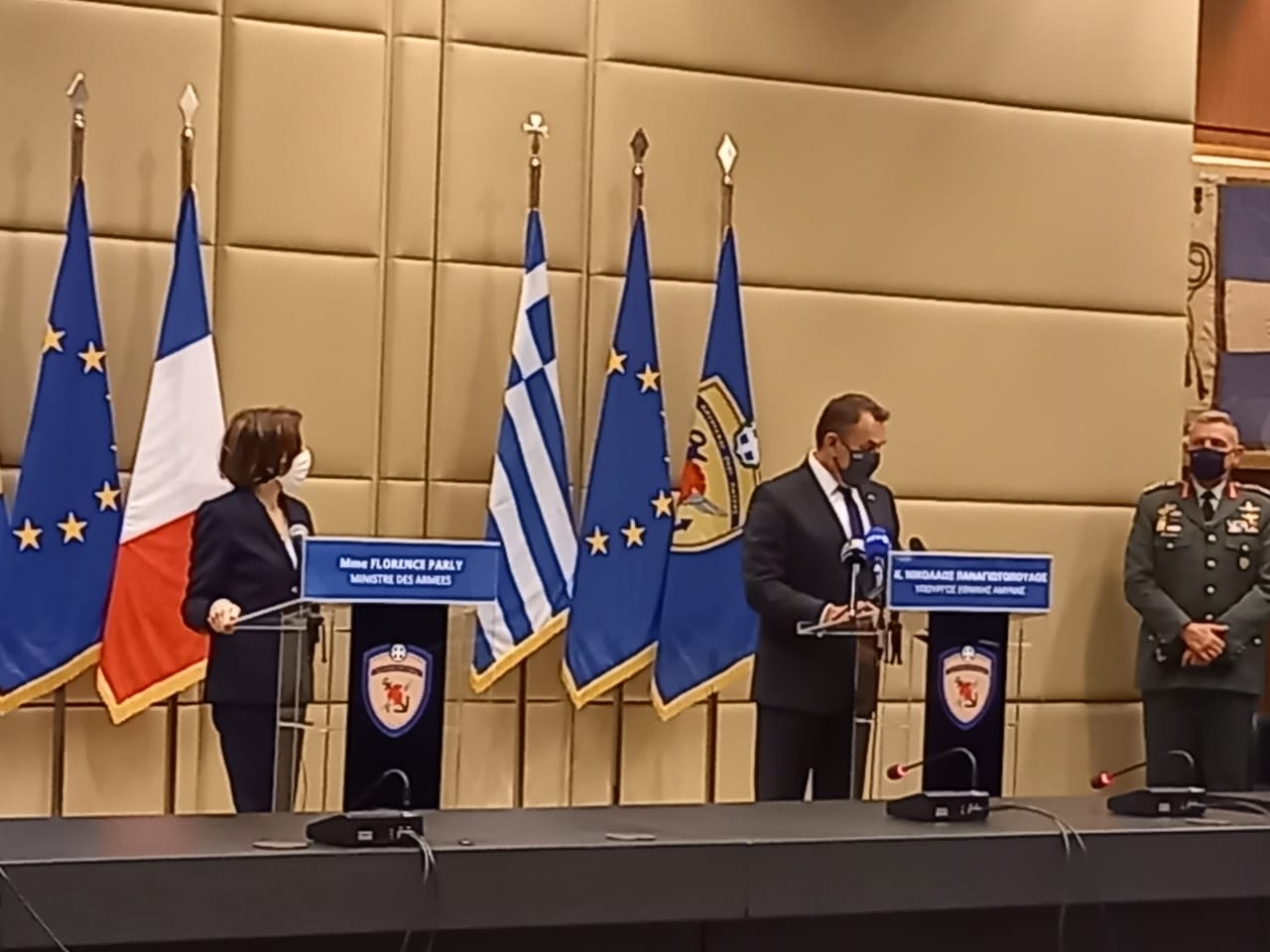 At the beginning of next month, a joint exercise called “Skyros” will be held, in which for the first time 4 Rafale will co-train with Greek fighter jets.

Also, as previously announced by the French Minister, the joint air exercise “Iniohos” will be held with the participation of France, the United States, the United Arab Emirates. Greece and Israel in April.

Referring to the acquisition of the 18 Rafale, Defence Minister Nikos Panagiotopoulos stressed that the power of the Greek Air Force is multiplying.

Florance Parly will also have a meeting with Prime Minister Kyriakos Mitsotakis.