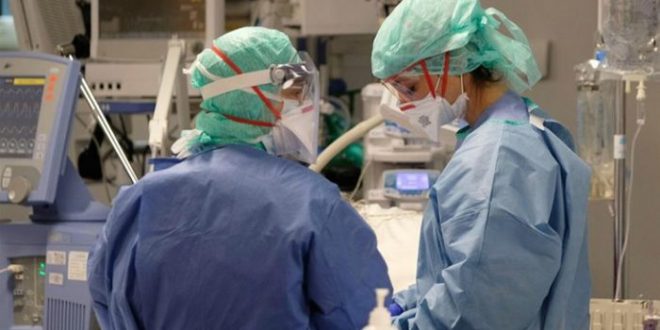 Greece is shocked to have recorded 3,215 new confirmed coronavirus cases in the past 24 hours and to be back at the levels of last November when the lockdown was imposed and is still in force. Health authorities announced on Tuesday, 46 more Covid-19 patients have died, while the number of intubations increased further to 484

Death toll has reached 6,843. Total confirmed infections since the begin of the pandemic a year ago: 209,500.

The sudden spike is recorded as hospitals in Athens are under immense pressure with over 95% of their capacity occupied and experts warned of further rise.

On social media, angry Greeks call on the government to reconsider its pandemic policies and finally strengthen the public health and the public transport system. 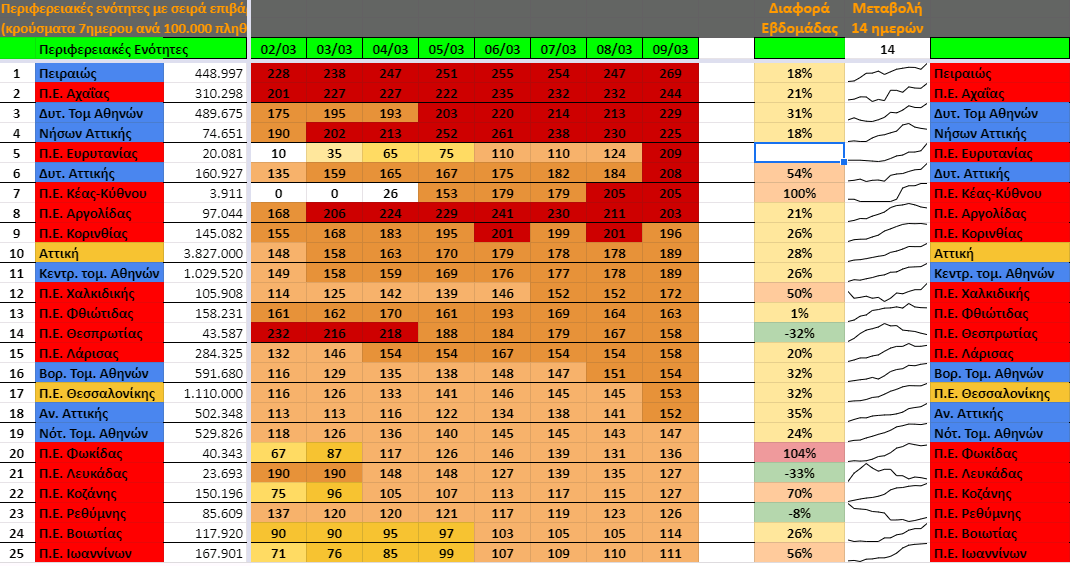 No vaccinations on Sundays.

According to the official bulletin on Tuesday, based on the confirmed cases on the last 7 days, 74 are related to travel abroad and 2769 are related to already known cases.

The released data do not allow any more the clues about the rate of infections without known source of contamination.

1427 people have been discharged from ICUs since the start of the pandemic in Greece.

Half an hour after EODY published the new Rt, head of Civil Protection Nikos Hardalias said at the live briefing that Rt was 1.14

Of the 3215 new coronavirus cases, 21 were detected at the country’s entry points.

21 of the new cases were detected at entry points, and another 1 travelers were already in the country. 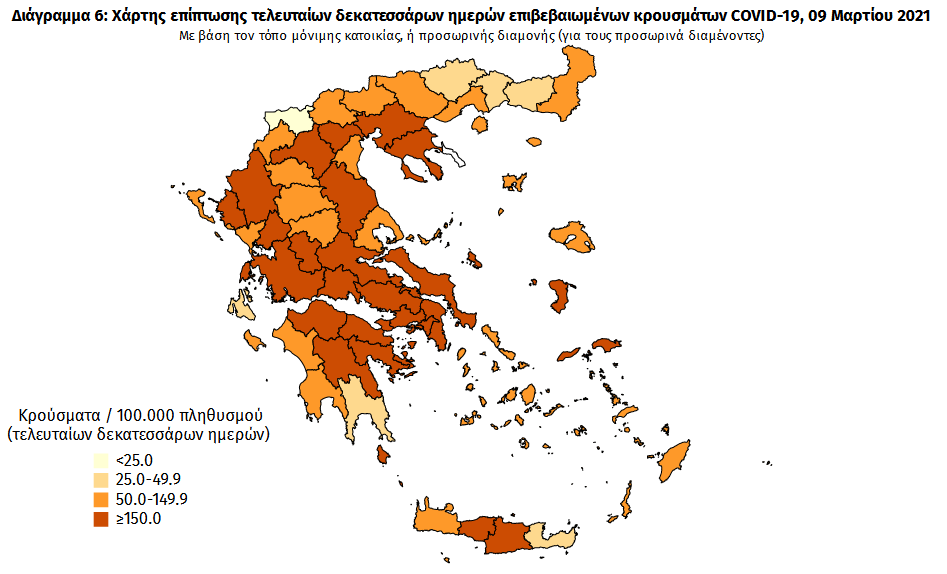 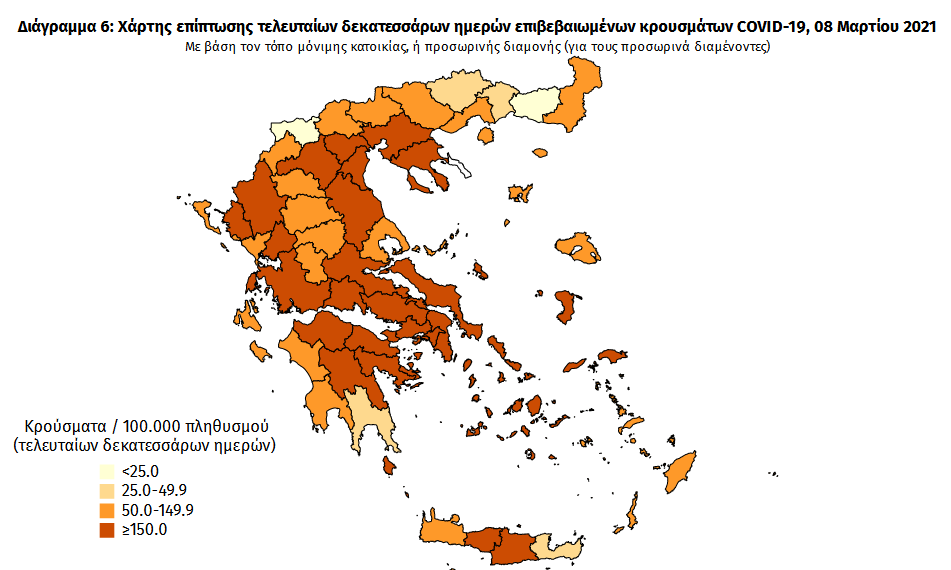 Check the latest information on coronavirus in Greece here.