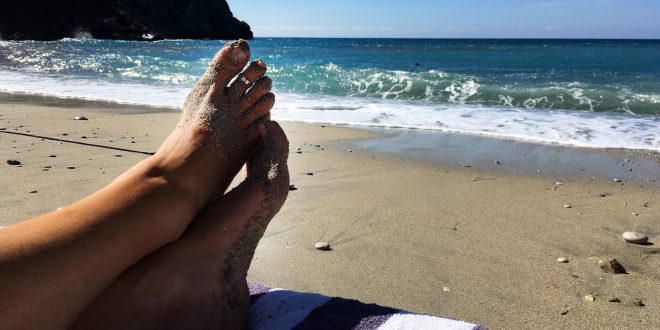 Greece is laying out the sunbeds and beach umbrellas as it prepares to reopen to tourists in May and resurrect an industry which suffered one of its worst years in decades because of the coronavirus pandemic.

“All you need is Greece,” Tourism Minister Harry Theoharis said this week in an address from the Acropolis museum, home to sculptures from Greek antiquity.

The tourism sector accounts for about a fifth of Greece’s economy.

As COVID-19 vaccination programmes get underway around the world, Greece is relying on its record in handling the pandemic to draw foreign tourists back to its islands and monuments.

It has led calls for Europe to adopt a common digital pass showing whether someone has been vaccinated to allow travel over the summer.

Theoharis said Greece would open to visitors either way.

“People who are vaccinated, have tested negative or recovered from the disease and have antibodies are welcome to Greece and we will welcome them irrespective of any agreements,” Theoharis told Reuters.

In 2020, the worst year on record for global tourism according to the U.N. World Tourism Organization, just 7.4 million people travelled to Greece, fewer than at any time during its decade-long economic crisis and down from a record 31.3 million the year before.

Revenues plunged to 4 billion euros ($4.81 billion) in 2020 from 18 billion in 2019 as the economy shrank by more than 8%, adding pressure on a budget already creaking under one of the world’s heaviest debt burdens. The number of British and German tourists was down 70% and 62% respectively.

“We will have a better year than last year,” Theoharis said. “This is not obvious now because the bookings are depressed… there’s a lot of gloom, a lot of pessimism in the market, but I’m sure in the end my calculation is going to be correct.”

Greece, with a population of 11 million, has recorded about 7,000 deaths and is again in lockdown after a surge in new cases squeezed a health system battered by the economic crisis.

“The second wave which engulfed all of Europe roughly at the end of October, beginning of November, came to Greece at exactly the same time, perhaps even a couple of weeks later,” he said.

Residents of several Greek islands have been vaccinated and Greece plans to vaccinate all tourism workers by summer, after vulnerable groups. Those not vaccinated will be tested at least once a week, Theoharis said.

About one in five workers has a job in tourism.