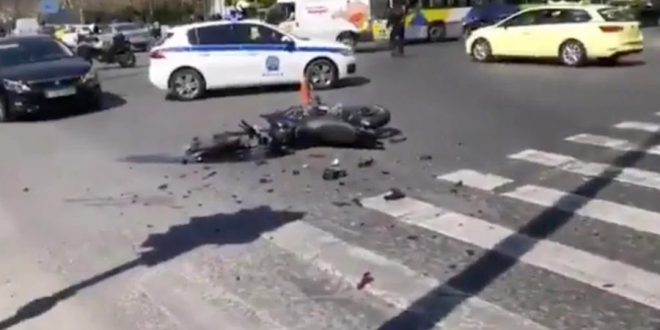 A security car registered to an MP of ruling New Democracy has been involved in a serious traffic accident with a motorcycle outside the Parliament on Friday. Seriously injured was a 23-year-old young man who is now on mechanical support and is considered as “brain dead.” Minutes after the accident, a reporter filmed the scene and the case turns into a scandal that it would have been possibly buried wasn’t it for social media. 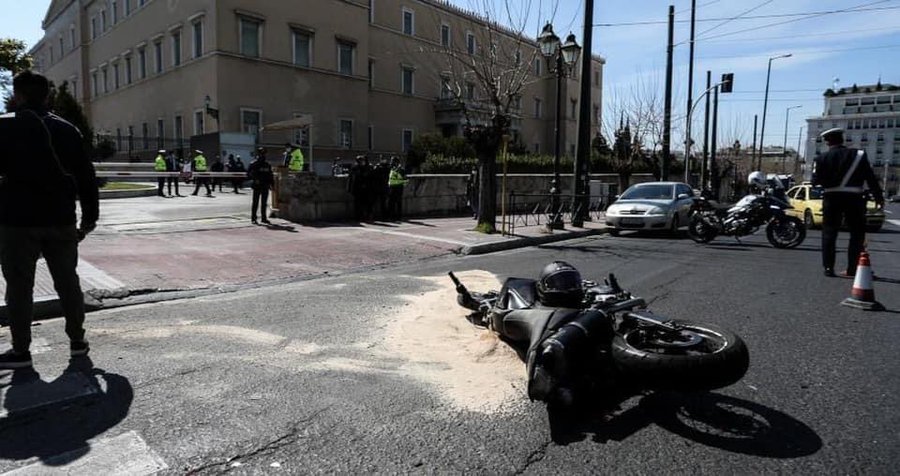 The video shows the victim laying completely motionless on the spot and remains still even when paramedics place him on a stretcher. It also shows how traffic police threatens with fines another motorcyclist, an eye witness, who said that he saw everything, that the victim had right-of-way and green light.

The Traffic Police man fines the eye-witness for not wearing a helmet and forces him away without taking any contact details. “Get out of here!” the policeman is heard saying.

The accident occurred at in the center of Athens at 12:25 Friday noon in front of several eye-witnesses, including a big number of guards of the Parliament.

The video uploaded on Saturday on social media by website PRONEWS, sets Greek Twitter on fire. On a hashtag #accidentparliament, Greeks speak of “impunity” on the part of state employees, claim that “police helped the driver to go away” and “efforts to cover up.” Furious Greeks ask why the driver wasn’t apprehended on the spot as the Traffic Code provides in cases of serious accidents. They demand the release of the accident footage as CCTV cameras are installed around the Greek Parliament.

They claim a “hit and run” case, even though the video above shows that the car remained on the spot and entered into the Parliament court yard. Those knowing the area alleged that the car made a sharp turn to the left on Vassilis Sofias to enter the Parliament and the motorcycle that had no time to brake crashed on its back right side.

Thousands of tweets reproduce the then unconfirmed rumor that the security car was assigned for the security of MP Dora Bakoyiannis, the sister of Prime Minister Kyriakos Mitsotakis, and some claim that she was even inside.

With a 48-hour delay, both Bakoyiannis and the Traffic Police issue statements on Sunday and make the public sentiment even worse.

In a “thoughts and prayers” message, the MP declares to be “devastated” and said that she contacted the victim’s family parents assuring them “that the case will be investigated in depth and the responsibilities will be assigned.” She said that she was inside the Parliament at the time of the accident, attending the “PM’s Hour.

Friday noon, a debate between the PM and the main opposition leader Alexis Tsipras on the highly controversial issue of police violence.”

Short time later, the Traffic Police issues also a statement about the fatal accident saying that the driver has been “temporarily removed from the service.” The statement adds that a preliminary investigation has been carried out and that “blood sampling has been taken.”

In an interview with website rosa.gr, the victim’s sister appeals to eye-witnesses to come out. She said that her brother is “brain dead” and tha the family has decided to donate the organs of Jason to save other people’s lives.

The news that a state vehicle hit a motorcyclist outside the Parliament” makes it to mainstream media only after the MP and the Traffic Police issued their statements.