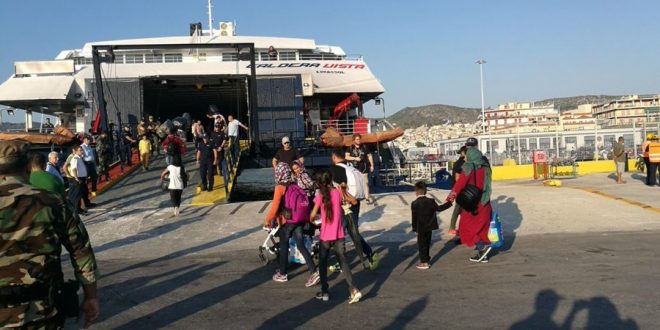 “A positive balance of departures relative to arrivals continued in the first quarter of 2021,” according to the monthly data released by the Migration and Asylum Μinistry on Friday.

Ιn the period spanning January-March 2021, 3,072 migrants and refugees left Greece, while 1,597 arrived via the Aegean islands and Evros.

Flows decreased by 82 pct compared to the first quarter of 2020 and the decrease in pending first and second degree asylum cases was 48 pct.

Also, fewer than 60,000 asylum seekers and refugees were living in accommodation facilities throughout the country.

In terms of legal migration and the initial issuance of a permanent residence permit by an investor, the main country of origin of investors in Greece were Chinese nationals (73.3 pct), with Turkish nationals a distant second (6.6 pct) and Russians in third place (4.2 pct).

“All the numbers, and especially for arrivals to the islands, which have been reduced to a minimum, show that we have finally left the migration crisis that the country experienced in the period 2015-2019 behind us,” Migration and Asylum Minister Notis Mitarakis said.

Ηe added “Nevertheless, we are not complacent and we continue to work in the same direction and to be prepared both politically and operationally. The continuation of our policy is a guarantee that even if we are called upon to manage an emergency situation in the future, we are prepared so that reduced flows continue and the impact of migration steadily decreases, so that it soon ceases to act as a brake on growth and development in the areas that have been under great pressure in recent years.” [amna]