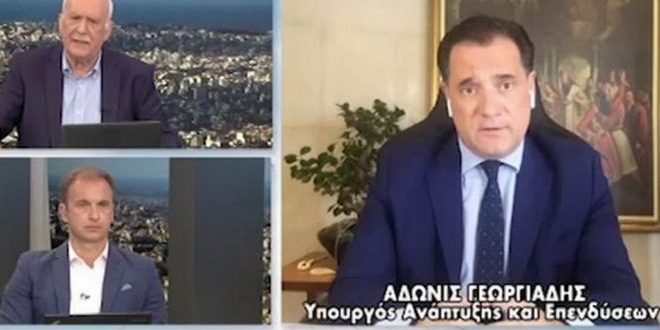 A government minister did not rule out that Greeks will keep needing to send sms to leave their homes but not the tourists after May 15, when the country will officially open its gates to international holidaymakers.

Speaking to ANT1 TV, Development Minister Adonis Georgiadis lef topen the possibility that tourists will go out sms-free but not the locals.

he said that “sms to 13033 will be in force until May 15, when tourism opens. It has not been decided yet what will happen after May 15.

To the journalist’s question whether “we will send a message to go to a restaurant when it will not be needed for tourists,” the Minister responded “we will see this after May 15.”

Addressing those criticizing such a possibility, Georgiadis said “Don’t they [critics] want us to have tourists in Greece?” and described them as “populists.”

He claimed that the tourists who will come to Greece will be vaccinated -something which is not true as Greece will also allowed non-vaccinated holiday-makers provided they have a negative PCR test.

Georgiadis is not the only ruling party member in the conservative, neo-liberal Greek government who believes that those who bring money must have more privileges than the locals who in fact also pay their salaries to listen to such cynical and immoral crap.

Two week ago, New Democracy MP, Sofia Voultepsi, said that Greek must do sacrifices because it is the tourists who bring the money.

“The tourist is not just a simple tourist. The tourist is he who brings money to the country. Therefore, we will always do some sacrifice. We don;t do it for ourselves. We do it because the tourist who will come will spend money,” Voultepsi said.

PS If these statements by ruling scroungers are not an insult for both the Greeks AND the tourists, I wouldn’t know what they would be