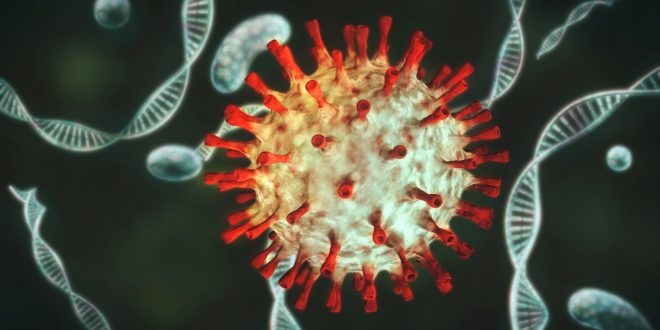 May 18, 2021 CORONAVIRUS Comments Off on What Greece’s health experts say about the so-called “Athenian mutation” 2,558 Views

Greece’s health experts have been talking about a new coronavirus mutation that has been detected in the center of Greek capital Athens. The experts speak of the strain as of the “Athenian mutation”, although it looks as if it is a variant of the stem from Nigeria.

The detected mutation has reportedly alerted the Greek health experts as it can “escape” protection from available vaccines.

Member of the Epidemiologists’ Committee Gkikas Majorkinis said on May 7, that “This is a strain that has the E484K mutation, which is related to immune escape.”

“We do not know how important it is at the moment. Let me remind you that in the beginning we said that South African is very aggressive. This has not been proven yet, nor has the Brazilian one. The British eventually proved to be quite aggressive. It takes time and we monitor the situation. In any case, any strange mutation is encircled with adequate tracing and epidemiological surveillance, ” Majorkinis said.

At the live briefing yesterday, Monday, the President of the National Vaccination Committee, Maria Theodoridou, expressed concern which is normal for any mutated strain.

“Regarding the ‘Athenian mutation’ that exists in the center of Athens, one can not say that it does not cause concern. There are, however, special observation and recording systems and specialist geneticists and infectious disease specialists will monitor its evolution and let us hope that it will be very limited,” Theodoridou stressed.

Speaking about the issue on Real Fm, Professor of Environmental Engineering at the Aristotle University of Thessaloniki, Demosthenιs Sarigiannis, stressed the need to take immediate targeted measures.

He pointed out that the “Athenian mutation” appears in specific socio-economic groups and called for targeted vaccinations in the specific areas in order to “stop the spread of such a strain.”

He  did not rule out the possibility of a fourth wave of the pandemic in the coming months “if we do not pay attention and stop the spread of mutant strains now.”

“The Athenian mutation is a mixture of African and Brazilian mutations,” said Matina Pagoni, President of the Athens and Piraeus Hospital Doctors’ Association (EINAP) adding that more data will be available in a few days.

The symptoms are exactly the same, “what we need to see is the contagion,” Pagoni said.

The president of the Panhellenic Medical Association, Athanasios Exadachtylos said on the same subject  that the “Athenian mutation” is mainly identified in immigrants living in the center of Athens.

“It is a mutation from Africa and not from Athens. It is not the only mutation. But we have to find these people who do not have social security number (AMKA) and vaccinate them,” said Nikos Tzanakis, Pulmonology professor at the University of Crete.

Also professor Gikas Majorkinis said that this is not a Greek mutation and pointed out that the strain has been existing since February.

“It was isolated in Nigeria, not in Greece and this in February,” Majorkinis told Skai TV.

Note that in its latest bulletin from May 11, the European Center for Disease Prevention and Control (ECDC) lists the Nigeria mutation as “SARS-CoV-2 Variants of concern (VOC).