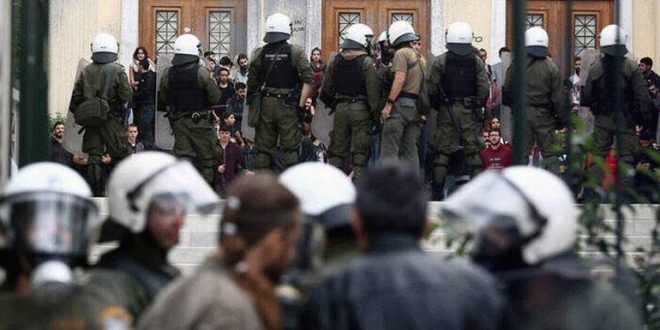 Greece’s government is proceeding with its plan to have police officers at the universities of the country and the recruitment of officers is scheduled to begin in the next few days.

The recruitment of officers who will man the so-called university police teams that will protect academic institutions around the country is set to begin in the coming days, according to the government on Monday.

The first job opening initially for 400 officers is to be published in the next days.

According to the government, the special force will “protect academic institutions and tckle decades of rampant lawlessness.

Opponents of the plan, among them opposition parties and university deans, say that it threatens academic freedoms.

Given the recent activity of criminals and the gun down of people on open streets in the middle of the day, opposition parties criticize the necessity of “university police” saying the “law and order dogma” of the government has not brought any result other than citizens feeling insecure.