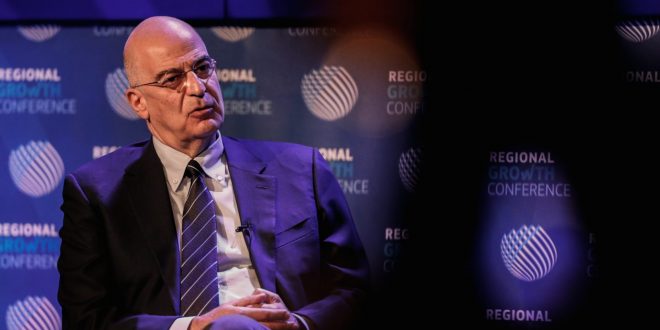 Greece expressed dissatisfaction to Germany over its exclusion from Libya Conference

Greece has expressed its strong dissatisfaction that Germany excluded Athens form the Berlin Conference on Libya.

“We are extremely dissatisfied with the fact that Germany, insisting on a tactic, did not invite us to the Berlin Conference this time as well”, Foreign Minister Nikos Dendias said on Thursday.

He underlined that he has expressed Greece’s dissatisfaction to his German counterpart, the Prime Minister will do the same. , while he will soon meet with the EU special envoy for Libya Jan Koubis to convey the same.

It should be recalled that Turkey has been invited to the Libya Conference.

Dendias reiterated that what the transitional government should be thinking about is the non-activation of the Turkish-Libyan memorandum on the maritime zones which is “legally non-existent” anyway.

He stressed that the need for the immediate withdrawal of foreign troops and mercenaries from Libya.

The Foreign Minister pointed out that Greece’s relationship with the situation in Libya is “very different from what it was a few months ago. “Greece has a direct dialogue and communication with the Libyan side”, he said characteristically.

Speaking at the 9th Regional Growth Conference in Patras, Dendias stressed also that “tThere is absolutely no chance that Greece will stray from its fixed national positions towards Turkey.”