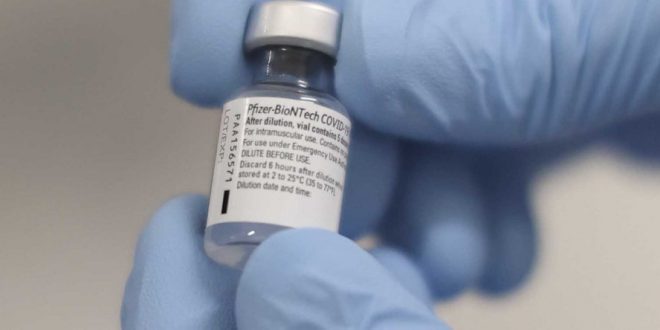 A vial of the Pfizer/BioNTech vaccine has been reportedly stolen from a vaccination center in western Thessaloniki on Tuesday morning.

The theft was discovered by doctors and nurses at the Evosmos Health Center who noticed that one vial was not in its place.

The director of the clinic reported the incident to the police and a preliminary investigation was launched to determine how the vial disappeared.

Wednesday morning, local media report that the thief was an 81-year-old granny.

She told police that she took the vial “as a souvenir” from the vaccination procedure. She said that she was not aware the the vial contained 6 doses.

She returned the stolen good but was arrested and will be taken to prosecutor later on the day.