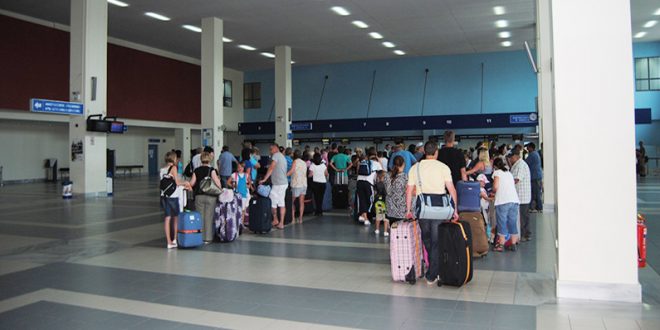 British tourists tested positive to Covid-19 and ordered to isolate in a quarantine hotel on the island of Zakynthos fled the facility and attempted to travel back to UK.

The four British women were on holiday in Zakynthos, when they developed mild coronavirus symptoms and underwent rapid tests the previous days, All tests showed they were positive to Covid-19.

According to information from local website ermisnews, they were transferred to a quarantine hotel in the area of ​​Keri.

In the early hours of Monday, July 12, their flight to England was departing.

The four women decided to “flee” the quarantine hotel and fly back to their homeland.

When the hotel management realized the four British women were missing from their rooms, they notified the health organization EODY and the Zakynthos police department.

When the four young women arrived at the airport, police officer were already waiting for them.

They took them to a special room at the airport and from there with an ambulance back to the quarantine hotel in Keri.

According to imerazante, the four British tourists were ordered to quarantine for 14 days.