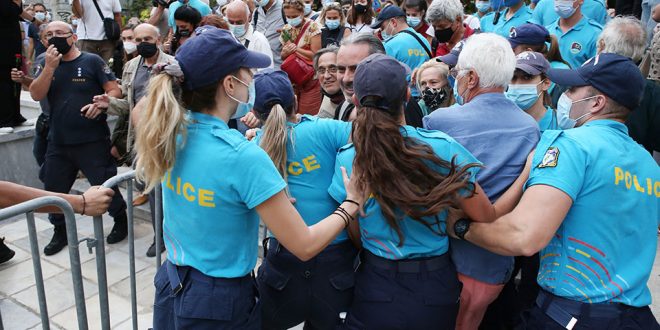 Scuffles between crowd waiting to pay respect to Mikis Theodorakis and police took place outside the chapel of the Athens Cathedral early Tuesday evening when the latter attempted to close the church as scheduled at 7 p.m.

The decision to close the chapel at Athens Cathedral angered the people outside who had queued in the hope of paying their respects to the late composer. 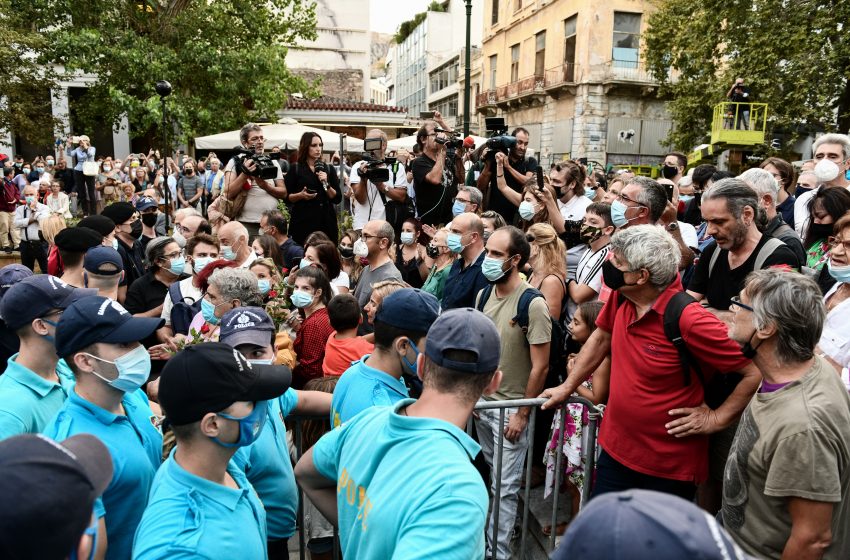 As a result, police decided to extend the closing time by one hour.

Throughout the day, crowds of people continued to arrive at the cathedral chapel to pay their final respects to the late composer, whose body lie in state from Monday until Wednesday afternoon.

People of all ages, holding a red rose or a carnation, waited patiently in long queues to briefly touch the coffin.

The public can visit until 2 p.m. on Wednesday, when a farewell ceremony will be held to wrap up the three-day service at the chapel.

Mikis Theodrorakis will laid to rest in Galatas village by Chania on the island of Crete on Thursday.