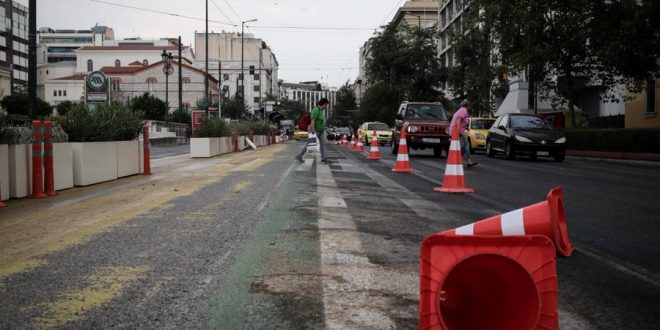 Overwhelming majority of Athenians not “pleased” with Athens Great Walk

The overwhelming majority of Athenians who live or work in the Greek capital are anything but pleased with the famous “Athens Great Walk”, a project to create pedestrians and bicycle zone in downtown but turned into a Great Flop.

Two surveys conducted by the Aristotle University in Thessaloniki and the Panteion University in Athens found that the Project failed to meet citizens’ expectations.

87.8% of the respondents of the surveys conducted among 1,108 people have said that they were pleased “not at all” or “only slightly” with the interventions.

In addition, 89.4% said that the Athens Great Walk was “badly designed,” while 89.3% said that their needs were taken into consideration.

One in three said the Great Walk has not created more problems in the city center but has not solved any either.

Only 18% of respondents said the project helped reduce traffic, while 55% said that the interventions did not reduce the vehicles flow in downtown Athens..

The greatest number of positive responses (25.4%) were to whether the Great Athens Walk has increased public space.