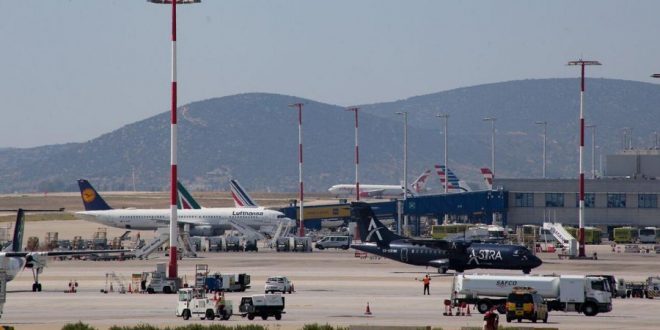 The Athens International Airport was set on alert on Sunday morning when an airbus A333 of the Delta Airlines reported a problem with the brakes short before landing. With 248 passengers plus crew on board the plane was flying the route Atlanta, USA- Athens.

Short before its scheduled landing in Athens, the pilot had reported to airport tower that there was a problem with the brakes due to “overheating.”
The airport was set on alert, fire trucks and ambulances took position.
The Delta Airbus reportedly landed safely at 10:56 a.m. local time, without any “emergency” assistance like foam, as some media reported.
An airport spokeswoman said there had been an indication of a fault in the plane’s braking system, but this turned out to be a false alarm.
All passengers and crew members were well and safe.