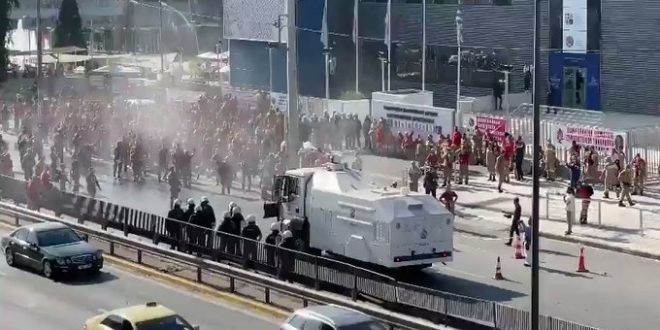 With tear gas and water canon, riot police attacked firefighters who staged a peaceful protest on Friday demanding better pay and working conditions as well as permanent work contracts. One protester, a seasonal firefighter, has been injured from sound flares and may have one finger ambutated. Five protesters were detained. 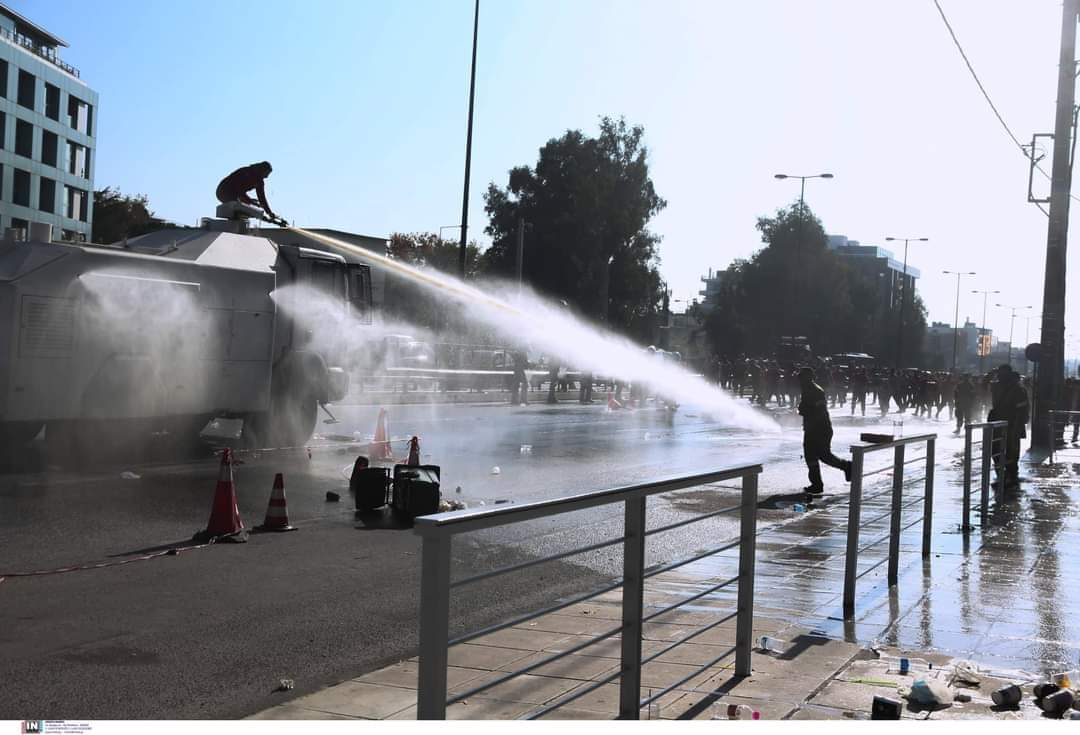 Still in summer the government was cheering the firefighters as “heroes,” today they learned that now the fire season was over they are considered as “troublemakers. 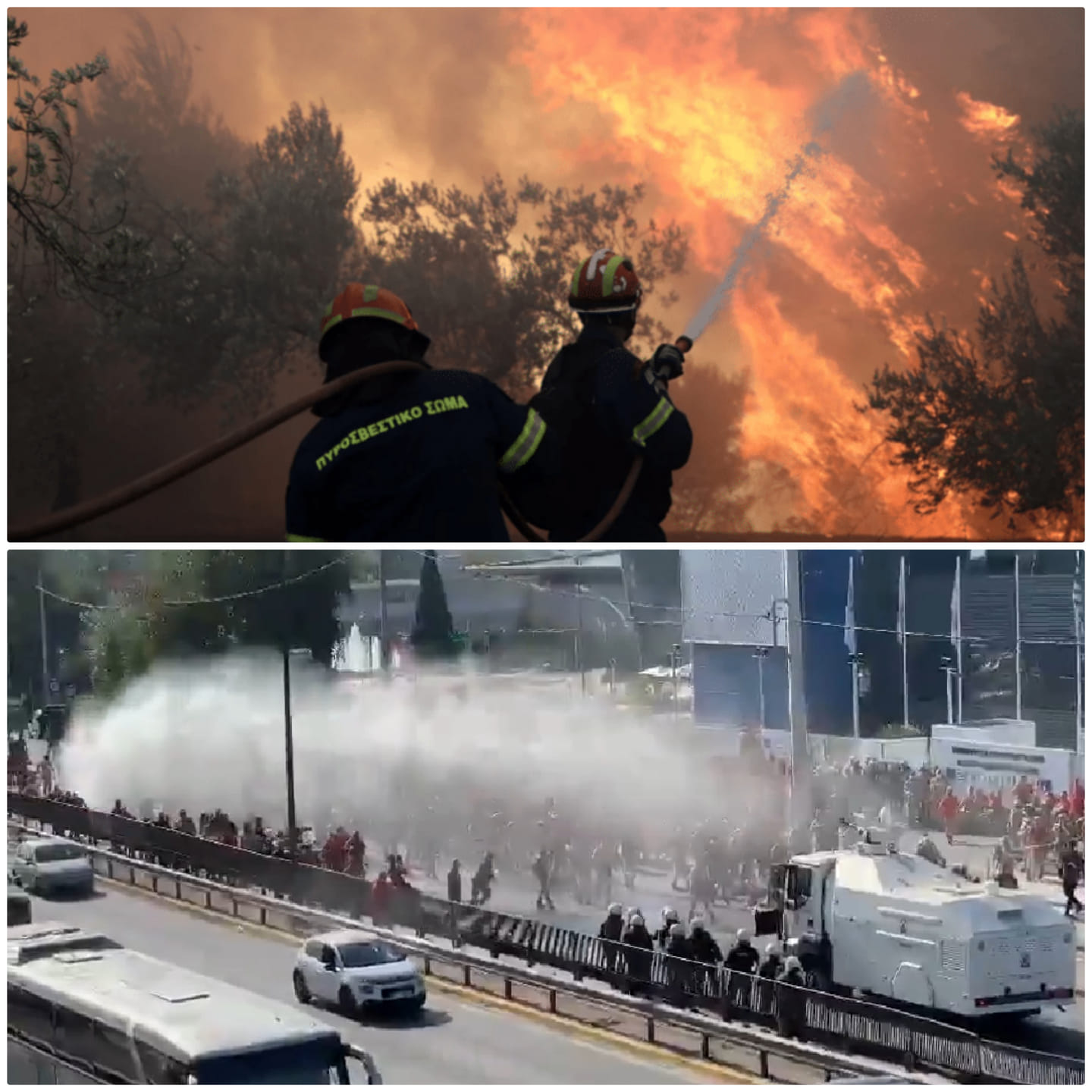 Some 800 to 1,000 firefighters from all over Greece gathered outside the Civil Protection and Climate Crisis Ministry in Athens.

When riot police fired tear gas and started operating the water canon, protesters began to ironically shout “Bravo!”, to swear at police with words and gestures.

A delegation of protesters had earlier met with the ministry’s political leadership to discuss their demands than include better payment and the enhancing of the Fire Brigades. After the meeting, the delegation said that they had a short conversation with the Deputy Minister of Climate Crisis and Civil Protection, to whom they handed out their resolution and list of demands.

“The deputy minister told us he would study the resolution, but he did not give us any answer to our requests,” the delegation said.

While a part of protesters left, some hundreds remained outside the ministry and gathered the the pavements along Kifissias Avenue. Police called on them “to stay away form the road, in order to ensure the smooth and safe movement of vehicles and not to disturb the socio-economic life in the wider area. In addition, in order not to hinder the movement of citizens-patients in the adjacent health care facilities,” the Greek Police reportedly said in a statement.

When protesters refused to move away, tear gas was fired and the water canon poured tons of water on the people.

On their Facebook page, the Seasonal Firefighters wrote that their colleague was being operated with an injury in the hand palm and that most likely one of his fingers would be ambutated.

When he needs them in times of crisis he applaud them from the balconies, then he abandon them without mercy and without any support either financially or in terms of human resources.”

As from Saturday, 2,500 seasonal firefighters will seek the Employment Agency to request an unemploymnent allowance of 390 euros that last for 3 months only, they said adding a little over the half of their monthly salary of 700 euros for as long as their seasonal working contract runs.