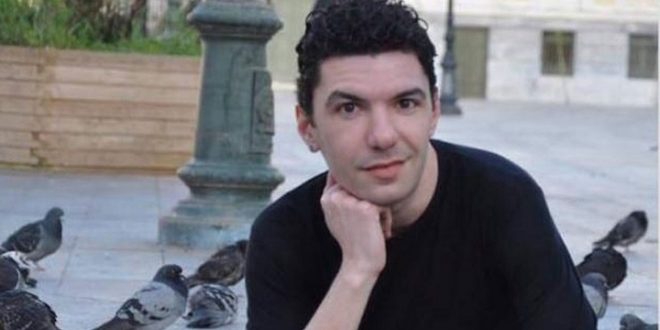 Zak Kostopoulos died of a heart attack that was probably induced by trauma during a double beating, the coroner who conducted the autopsy on the 33-year-old LGBTO activist told a court in Athens on Tuesday. The trial started with two civilians and four police officers sitting on the defendant benches.

“I have seen cases of beatings where the person had a heart attack and died, though this is not common. We did not, however, ascertain any other pathological causes,” coroner Nikos Kalogrias.

He stressed that “tests have ruled out other mechanisms that could have led to this.”

Ka;ogrias’ testimony challenged claims by the defense that Zak Kostopoulos may have been under the influence of some substance or had some underlying medical condition that contributed to his death.

After the video of the beating was displayed the lawyer of the jewelry shop owner asked the medical examiner which of the beatings triggered the heart attack.

The coroner responded “All the beatings, all 23, but I cannot quantify them.”

When the coroner said that he could not know which injuries were more or less involved in triggering the stress mechanism of the victim and respectively the hearth attack, the defense accused the witness of having brought the defendants to court.

The defense’ “attack” prompted a heated response by the coroner and tension went high.

“I feel like I’m expected to apologize for the findings of the postmortem… We do our job,” the coroner said.

The judge called a brief recess until tension diffused.

Dialogue between the medical examiner and the defense of the accused

Witness: We can not quantify which injuries were more or less involved in the result.

Defender: There are six people on trial for what you said.

Witness: We do our job. Revoke what you said. We do our job as we do every day in all cases. Is it possible that they are defendants because of me? I have never heard in twenty-two years that a medical examiner doing his job creates  defendants. It also creates impressions on these people. You insulted me. I’m rights… And I’m angry. Is it possible that you say that the medical examiner made them defendants?

Civil Action: It is their actions that made them defendants

Video footage and pictures of the incident on September 22, 2018, showed how a jewelry shop owner on Gladstonos street and his neighbor, a real estate agent, brutally beating Zak Kostopoulos and how police officers mistreated the victim as he was laying on the pavement, seriously injured and dying.

The trial has been adjourned until Novenber 226.