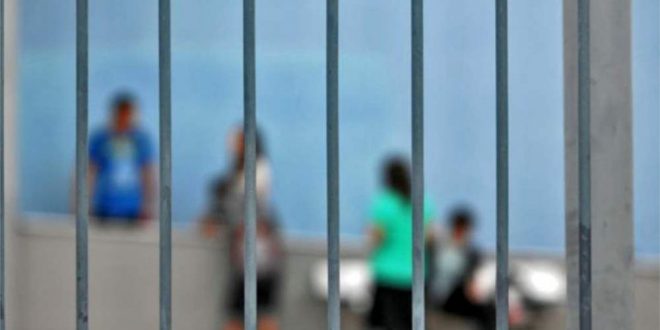 Prosecutors in northern Greece investigate a family of anti-vaxxers but also monks on Mouth Athos opposing vaccinations. Authorities intervened after a father of six told media that he does not send his children to school due to the Covid-tests obligation and the masks.

On Mt Athos, it was the abbot of a monastery who called on the authorities due to refusal by several monks to get the jab and also influencing the faithful to not receive vaccination against Covid-19.

A father of six from a village by Serres, NE Greece, appeared on Mega TV on Wednesday saying that his four children do not attend classes because of the anti-coronavirus measures.

He claimed that he sends the children to school, however, it is the teachers who do not allow them in due to the measures.

The teachers “torture” his children with enforcing them to wear masks and the required “self-tests are without their consent,” the father claimed.

He argued further that the measures are violations of the children “fundamental rights” and “against the constitution.”

It appeared that it is the second school year that the children, two of them in primary and two in secondary education, do not attend classes and they were at risk to miss the school year due to high number of registered absence.

The father claimed that he has hired private tutors for their education, although home-schooling  in                Grece.

According to state broadcaster ERT, the father’s claims mobilized the public prosecutor on Serres who called on social services to ascertain the circumstances under which the children live at the family home as well as their education ….

The parents are at risk of losing the children’s custody, media reported.

A prosecutor in Thessaloniki has ordered a preliminary investigation following a call by the abbot of Esphigmenou Monastery, Vartholomaios.

The abbot complained about the activities of monks opposing vaccination, who refuse to get the jab and they also influence with their “radical rhetoric” also the faithful not to get vaccinated against Covid-19.

As part of the prosecutor’s investigation, Vartholomaios will be summoned to testify and name those he has referred to in order to determine whether they are spreading fake news.

The monastic state of Mount Athos has been hit hard by Covid-19, with several dozen monks falling ill since the beginning of the pandemic and some dying due to complications of the disease.