Workers at public transport means in Athens will launch a 24-hour strike and work stoppages on Thursday, November 18, to protest the killing of their colleague during maintenance works at Metro Line 1 early Tuesday morning.

Workers at Metro, Tram and Urban Train ISAP will hold a 24-hour strike.

Buses and trolley buses will hold two work stoppages from the start of the morning shift until 9 a.m. and from 9 p.m. until the end of the nigh shift

The 24-hour strike in the Metro, the Electric Railway and the Tram was decided by the STASY workers’ unions on Thursday, November 18, 2021.

In a statement issued on Wednesday, workers at public transport meanσ demand immediate probe into the tragic accident at Metro Line 1 on Tuesday, where a 41-year-old worker was killed and two others were injured, due to breaks failure of maintenance wagon. 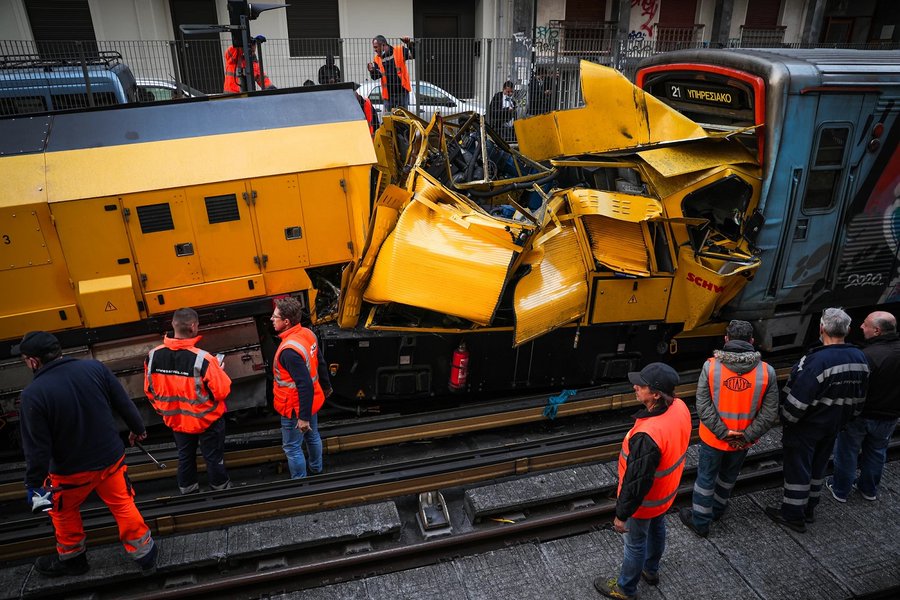 The workers demand better and safer working conditions as well as infrastructure maintenance of the rail track network.

The dead and the injured were STASY employees assigned to work for the private contractor in charge for maintenance.

Speaking of “employees sacrificing themselves on the altar of profit of uncontrolled private interests” the union of Rail track workers at Managing company STASY reportedly demand that “light is shed immediately into the accident causes and that those responsible be punished.”

The union also called on their employer STASY to answer all critical questions regarding the accident.