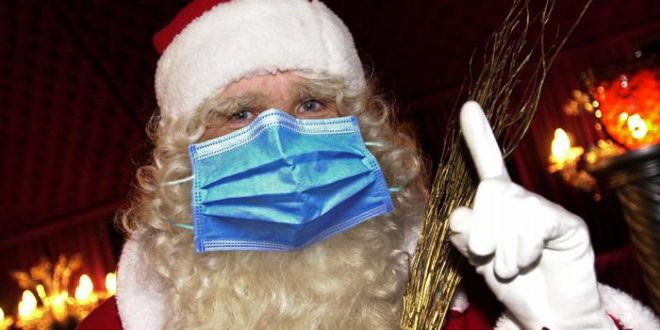 Nightmare by Christmas: Grim predictions, Greece’s Plan B for unvaccinated

The next few days are especially critical for the course of the pandemic in Greece and health experts warn of a coronavirus nightmare expecting the culmination of covid-19 infections before Christmas. While the government already put in force more restrictions for unvaccinated citizens, there are scenarios circulating about the Plan B currently considered by the government. This scenarios foresses even more restrictions and a possible total lockout for those who still resisting the jab.

Briefing reporters on Tuesday, Health Minister, Thanos Plevris, spoke of a good and a bad scenario.

The positive scenario concerns the peak of infections in the first week of December and then the de-escalation. According to the negative scenario, infection cases will continue to rise until the Christmas holidays.

He reportedly admitted that he expected more citizens at the vaccination centers, however, the appointments for the booster shot are going very well.

He added that vaccinations are running slow noting that there is no interest by people over 60 to get administered the 1st dose. This unvaccinated group is some 500,000 people.

The government reiterates the official stance against a new general lockdown arguing that neither the society nor the economy can afford it and because adults’ vaccinations are progressing.

Plan B for unvaccinated

Next week, the Committee of Epidemiologists  will meet to re-evaluate the situation, while the possibility for new, additional and more targeted measures is open.

According to the Star TV, in the first phase, more restrictions for unvaccinated are considered and these include “lockout” of unvaccinated from mixed restaurants, cafes and commercial stores.

According to this scenario, unvaccinated will be allowed only to take away and clock away if they want purchase commercial goods.

If necessary, Rapid Test for unvaccinated in supermarkets will be included, but this is estimated to be the last measure that will be selected.

Virology Professor Dimitris Paraskevis told Mega TV on Tuesday that Rapid Test at supermarkets will not bring much, adding that the necessity of compliance with the measures in such places is important.

The president of the Panhellenic Medical Association, Athanasios Exadaktylos claimed that the rate of unvaccinated patients intubated in hospitals was 95% and with a highest percentage of deaths.

He said that according to calculation models “we were expecting 600 intubated patients at the end of November and they came a week earlier. This means that the pressure on the health system will increase.”

Other health experts warn of “dramatic escalation of the pandemic at Christmas.:

Professor of pulmonology and director of the pulmonology clinic of the University of Thessaly, Konstantinos Gourgoulianis predicted 3,000 more deaths due to the deadly virus by Christmas.

Speaking to Star TV, he warned of virus spread within the families.

“With simple maths, 50-60 people die every day for 50-60 days that this wave lasts – we easily reach a number of unfortunately 3,000 people who will lose their lives by Christmas,” he stressed.

Last week, professor of environmental and sanitary engineering Demosthenes Sarigiannis who studies the sanitary models, predicted 92 Covid-related deaths daily around December 17 and up to 700 coronavirus-patients in intubation. (source: cnngreece)