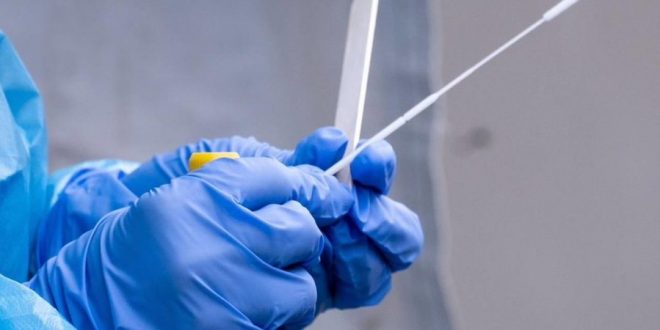 No lockdown over holidays; thoughts of mandatory Covid-test for all, says Health Minister

Health Minister Thanos Plevris ruled out a new general lockdown but stated that the government will enforce any measure necessary including much more testing, ahead of the projected spread of the Omicron coronavirus variant.

Speaking to Mega TV on Sunday, Plevris said that measures should be primarily directed towards the unvaccinated.

The minister said that the Delta variant is still the predominant strain in Greece, however, he added that experts estimate that the Omicron one will prevail.

In an interview with Skai Tv on Monday, Plevris said that there are thought for a mandatory Covid-test for the general population, for both the vaccinated and unvaccinated, so that authorities have a better view of the epidemiological situation in the country.

He added that “Christmas and New Year celebrations will take place without further restrictions and lockdown.”

He admitted, however, that citizens did not respond as expected to self-test distributed free of charge during the “testing week” last week.

According to media, the government is also considering a mandatory “Rapid Test” for the customers of the closed entertainment facilities on New Year’s Eve. Only vaccinated and those with recovery certificate have access to closed facilities like restaurants etc.
The Epidemiologists’ Committee is expected to meet in due time, while the new measures are expected to be announced on Wednesday, December 22.