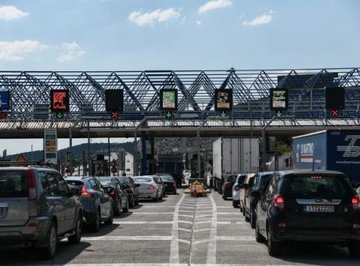 The price for take away coffee and food as well as the highway toll fees will rise in Greece from 1. January 2022 just because the government decided to impose a “green levy” on plastic containers and lids and its contracts with highway managing companies provide toll fee increases.

The price for take away coffee will be higher by 10 cents due to the so-called “green levy” imposed by the government. The price also for food products served in disposable plastic packages will increase as well.

The relevant ministerial decision was published on December 30 and provides that “green fee” aims to protect the environment.

The levy will be imposed to:

Beverage cups, including covers and lids

Containers of food, ie containers such as cans, with or without lid, in which food is placed which (a) intended for immediate consumption either in or outside the store; (b) usually consumed from the container, and (c) are ready for consumption without further preparation, in particular cooking, cooking or reheating, including containers used for fast food or other ready-to-eat meals.

Athens-Thessaloniki route will reportedly cost €31.35 from €30.65 withe the total increase to be 70 cents.

More details about the toll fee rise here in Greek.

PS Of course, we, Greeks, love price hikes, especially when they happen amid severe economic crisis and exorbitant energy bills that have some people turn around a 10-cent coin three times before they spend it…