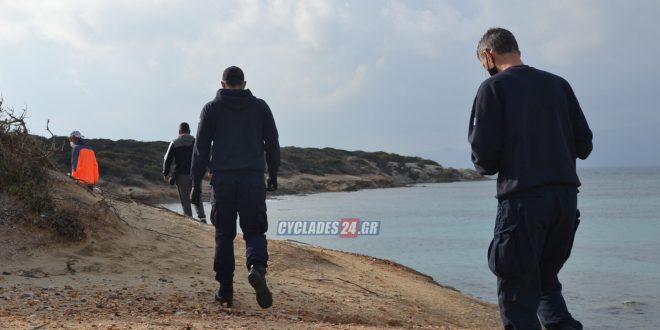 Body of child and backpack with food washed up on Naxos (Warning! Graphic footage!)

January 8, 2022 FEATURED, Refugees Comments Off on Body of child and backpack with food washed up on Naxos (Warning! Graphic footage!) 3,428 Views

The body of a young child was washed up on a beach of the island of Naxos on Saturday. Authorities suggest the child was one more victim of the recent shipwrecks with migrants in the central Aegean Sea. It is the third body of a child washed up on the beaches of Naxos, while the bodies of two adults were found also on neighboring islands. According to local media cyclades24, members of the cost guard found also near the body a backpack mostly filled with food items and water. Authorities believe that the bag belonged to the child.

The fully dressed body of the child was found at Alykos beach and the body was in advanced decomposition. Authorities did not reveal sex of the child or estimated age.

The bodies of two girls estimated 12 to 13 years old and two adults estimated between 20 and 33 were washed ashore a few days earlier.

All bodies are transferred to the morgue in the port of Piraeus, in Attica, for autopsies.

Two shipwrecks occurred short before Christmas off the islands of Paros and Folegandros with dozens of missing people.