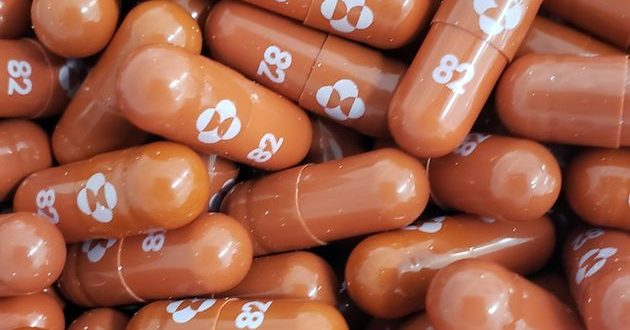 Greece will begin with the administration of anti-viral drugs against Covif-19 and for this purpose the online platform will open on upcoming Friday, January 14, deputy health minister Mina Gaga announced on Wednesday.

Answering a relevant question about antiviral drugs during the lIve briefing, Gaga stressed that “we are done with monoclonal drugs. We start administering antiviral pills, the platform opens tomorrow and they will be administered with the same criteria as the monoclonal ones. They will be given by the hospitals or by pharmacies through a prescription issued by EOPYY clinics.”

The anti-viral pills are reportedly Lagevrio (molnupiravir) pills against the Covid-19 disease, developed by Merck Sharp & Dohme in collaboration with Ridgeback Biotherapeutics.

Patients will need to give a written consent for the administration because the pills of Merck have not been approved by the European Medicines Authority, EMA, protothema.gr, reports.

The pills will be prescribed to high risk patients for treatment at home.

Greece has received some 6,000 out of 10,000 its share should be from the European mechanism in pandemic support.

Lagevrio is an oral antiviral medicine that reduces the ability of SARS-CoV-2 (the virus that causes COVID-19) to multiply in the body.

The pills will be administered as part of a scientific study to outpatients in Greece.

It should be noted that the approval of the drug by the European Agency (Coreper) is expected in January, while it has already been approved by the competent authorities of Great Britain.

According to European Medicines Agency (EMA) guidelines for national authorities deciding to use the Merck pill early, prior to its marketing authorization, the drug may be used to treat adults with coronavirus who do not need supplemental oxygen and who have increased oxygen supply and are not at risk of becoming seriously ill.

It is not approved for use in patients under 18 years of age because molnupiravir may affect bone and cartilage growth.

Lagevrio should be given as soon as possible after being diagnosed with Covid-19 and within 5 days of the onset of the symptoms. The drug, available in capsules, should be taken twice daily for five days.

Lagevrio is not recommended during pregnancy and in women who may become pregnant and are not using effective contraception. Women who can become pregnant should use effective contraception during treatment and for four days after the last dose of Lagevrio. Breastfeeding should be discontinued during treatment and for 4 days after treatment.

These recommendations are given as laboratory studies in animals have shown that high doses of Lagevrio can affect fetal development.