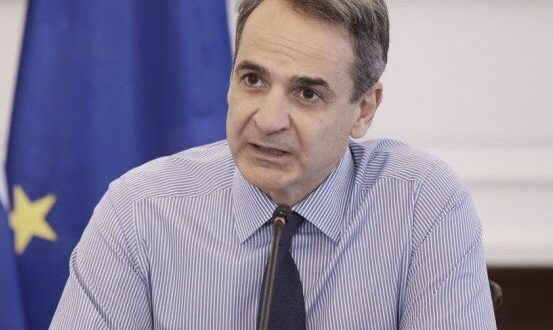 Greek Prime Minister Kyriakos Mitsotakis offered a “personal and sincere apology to our fellow citizens that underwent hardship for many hours, trapped in Attiki Odos,” on Wednesday.

“There are very clear responsibilities of the concessionaire for the way that it handled this latest snowstorm. These will be fully investigated based on existing laws but also the terms included in the relevant contracts with the public sector,” he added.

He noted that private companies that manage critical infrastructure for not inconsiderable profits have certain obligations, chief of which is to keep the roads in their care open.

The PM also conceded that the problems were not restricted to Attiki Odos and promised a thorough investigation of what went wrong.

He thanked the armed forces and emergency services personnel for their efforts to assist the people trapped in the snow, as well as the repair crews struggling to restore power to areas where power lines were down.

“Every tree that severs a medium-voltage power line is a unique challenge, especially when these people have to contend with half a metre of snow. For the very few areas still without power, I ask the citizens’ patience and understanding. I think in this area we learned our lessons from ‘Medea’ [snowstorm last year] and managed to restore power in a very short space of time,” he said.

The PM said that the infrastructure of a Mediterranean country was not always adapted to deal with heavy snow and added that “it is equally true that the state mechanism is not yet at the state of readiness that phenomena of such great intensity demand. This primarily concerns the coordination between all those involved: the state, local government, regions, municipalities and private individuals.”

One clear lesson from the unsuccessful management of the ‘Elpis’ snowstorm was that the heads of all these structures should be together in times of crisis, in order to act and make decisions jointly, the prime minister added, promising immediate changes in this direction.

This would avoid problems such as lack of communication, delays in making decision but also attempts to lay blame elsewhere, he said.

“There were mistakes and shortcomings that must be fixed. For all these reasons we created the new climate crisis ministry. I will continue to support this choice, strengthening the structures and their capabilities further. And by ensuring that the operation of the ministry is made more effective with better cooperation with all the other ministries.”

“We have proved that we have the courage of admit our mistakes and the willingness to learn from them and become better. We learn, therefore, and press ahead,” PM Mitsotakis concluded.

PS Ok the snow was “unprecedented” but the wild fires in summer are notorious and cause immense disaster every summer. Memories are still alive from the burned forests and houses in Evia and North Attica in summer 2021.

…and after every disaster an “apology.”

Apologizing and acknowledging failures without consequences like sending home those responsible for the chaos sounds merely like a lip service.

We’ve been there, we’ve seen that many times, by every disaster like snow in winter, wildfires in summer, floods in spring and autumn.