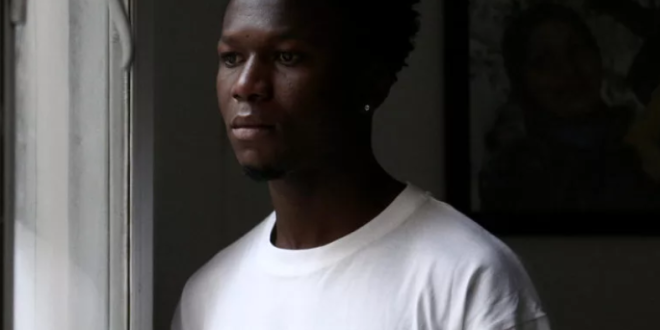 Saidu Kamara: Top refugee student will take part in the parade, then deported from Greece

Saidu Kamara from Guinea, arrived on the island of Kalymnos in 2019,. He survived a shipwreck as unaccompanied teenager. Today he is 18 years old and fully integrated in the Greek society. Saidu is an excellent student and he will be honored to carry the Greek flag at the parade on March 25. Then Saidu will be deported.

His application for asylum was turned down in December.

A paradox that can happen only in Greece.

Saidu left his country to escape the serious problems of discrimination and domestic violence he was facing. He went to Senegal, then to Turkey and from there to Kalymnos.

He ended up in a refugee structure and at some point he was sent to Athens and specifically to the municipality of ​​Agios Dimitrios.

He enrolled in the 1st Lyceum of Agios Dimitrios and having realized from a young age how hard life is, he set a goal: to be an excellent student and achieve something great in his later life.

But things are not so dreamy for him, even though he lives in a free country.

According to the law, he will be deported from the country as soon as he becomes an adult, that is at the age of 18.

Speaking to state broadcaster ERT, the principal of the 1st Lyceum of Agios Dimitrios, Nikolas Kaklamanos, praised Saidu’s achievements in school and how good he is integrated in the community in school and in society.

He stressed that Saidu wants to stay in Greece.

Saidu spent a year and a half at the International Rescue Committee (IRC) Hellas and now lives in an apartment for people over 18 years old.

Τhe school and other state institutions have reportedly done everything possible in their power to have the deportation decision revoked. However, all these efforts had not the wishing result, so far.

Some media suggest that a political intervention is needed here.

On social media many Greeks express their anger about the upcoming Saidu’s deportation and some even propose legal ways for his adoption by a family.