Marble tombstones from the former Jewish cemetery destroyed by the Nazis in Thessaloniki were returned to the Jewish community. At a ceremony on Tuesday, the tombstones were presented to David Nahmias, representative of the Jewish Community of Thessaloniki by local political and archaeological authorities. 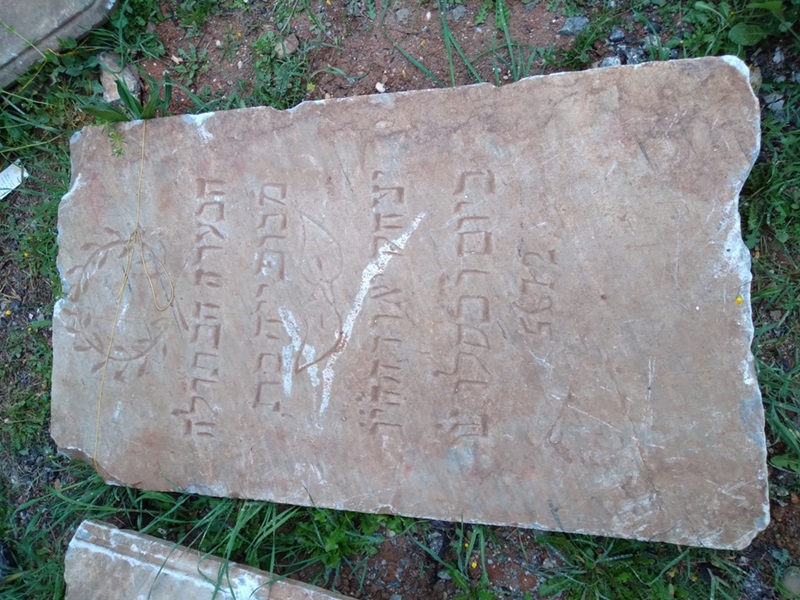 The tombstones dated to early 20th century and a significant element of the cultural heritage of the city in northern Greece were and discovered during digging to create a metropolitan park in the suburb of Pavlos Melas.

“The destruction of the Jewish cemetery of Thessaloniki and the abhorrent looting of the deceased Jews of our city took place in December 1942, by the then occupying German forces, the Pavlos Melas municipality said in a statement.

“In the area of the present university town (Panepistimioupoli), one of the darkest and saddest pages of Thessaloniki’s modern history were written in those dark days. Hundreds of thousands of tombs and funerary monuments were violently destroyed, leaving the bodies of the dead exposed. The materials of the destroyed cemetery, especially the marbles, were then used as construction material in several projects of the city, and this is how they ended up at the [former military] camp,” the statement added.

Pavlos Melas Mayor Dimitris Demourtzidis said that “the Jewish cemetery was turned into a massive area of destroyed tombstones and dispersed bones of the dead, followed by looting. The Germans built a pool with the cemetery’s tombstones, and hundreds of them were used to build roads and squares, while any passer-by could pick up as many tombstones as he wanted to repair his home or line his courtyard, as the cemetery had been turned into a junkyard for building material.”