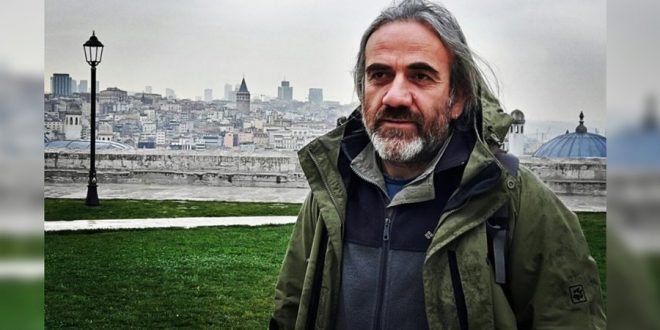 A court in western Turkish province of Izmir has approved the appeal by Yannis Vasilis Yaylalı, an ethnically Greek Turkish citizen who comes from a Muslim convert family, to abandon his Turkish last name and assume a Greek one, Mezopotamya Agency reported on Friday.

Yaylalı, who emigrated to Greece in 2019, is looking to change his last name to Parharidis, which he says is a common last name among Pontic Greeks, an autochthonous people of the Black Sea coast whose numbers have since diminished due to assimilation and massacres under the Ottoman Empire and Turkey.

The peace activist had assumed the name Yannis Vasilis, a name born by Byzantine emperors, in 2013 following his discovery of his Greek identity.

According to Yaylalı, his family had been assimilated into Turkish culture and had nationalistic tendencies. He was imprisoned for more than a year on charges of insulting Turkey’s president as he commemorated the Armenian and Pontic genocides.

“My client feels no spiritual connection to the Yaylalı surname, and does not wish to bear it,” his lawyer told the court.

The case will be heard in June.

According to Turkish law, surnames can be changed only upon justified grounds assessed by first-instance or higher courts. Prior to 2019, courts did not allow words deemed ‘foreign’ to be used as surnames. The practice changed when a Turkish citizen of Assyrian ethnicity appealed to the European Court of Human Rights (ECHR).

ECHR ruled that the applicant’s rights to privacy and family life had been violated.

Yaylalı argues that a Greek surname cannot be considered as foreign, as the definition of ‘foreigner’ cannot include citizens with minority ethnic or religious identities.