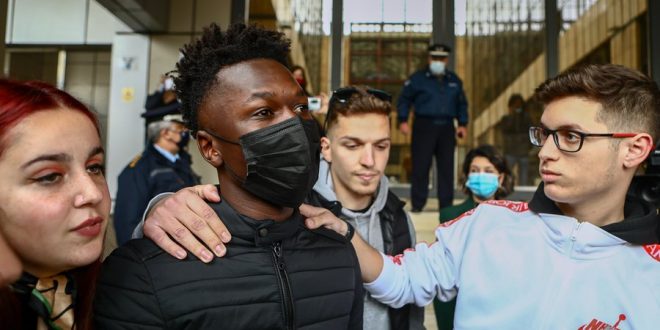 Greek migration authorities finally granted asylum to Saidu Kamara, a 17-year-old high school student from Guinea. It was the second application for asylum by the young boy who was at risk to be deported to his home country that he had left three years ago as unaccompanied minor.

Kamara appealed against the Asylum Service decision that rejected his first application in December 2021. He should be deported from Greece once he turned 18 years old.

The unaccompanied refugee teenager, a top student, child is fully integrated in the society and has always the support of his school mates and the local society of Agios Dimitros suburb of Athens.

He arrived on the island of Kalymnos in 2019, a survivor of a shipwreck and of an adventure that took him from Guinea to Senegal to Turkey and ultimately to Greece. Having lived in several structures for asylum seekers, he ended up in Agios Dimitrios and enrolled to the local high school.

In the perspective of his deportation, the school, his classmates and the local society went to media to raise awareness of the case.

Even Prime Minister Kyriakos Mitasotakis had a meeting with Saidu.

On Friday, government spokesman Giannis Oikonomou announced the granting of asylum and stressed that “Greece is a country of law and humanity.”