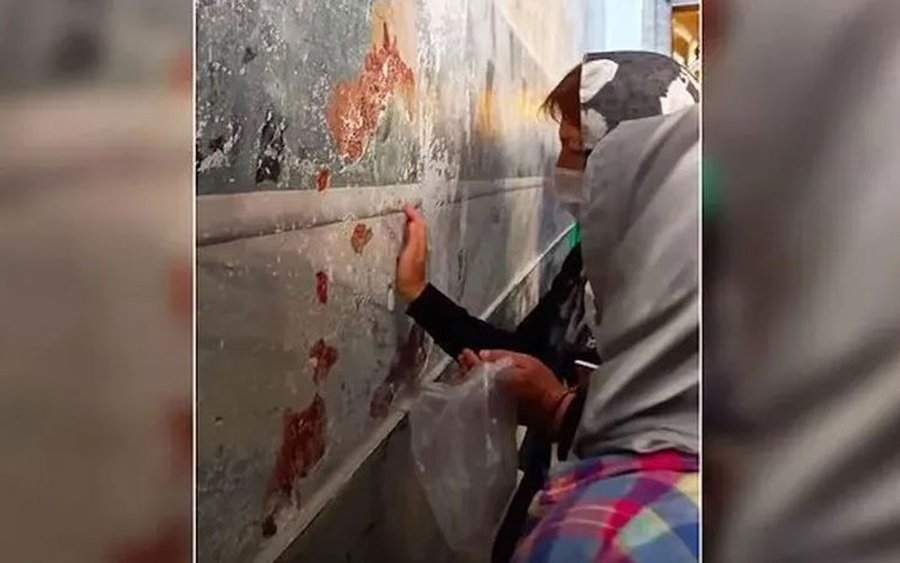 New vandalism in Hagia Sophia: Turkish women scratch the interior walls of the cradle of Orthodoxy and take small pieces and even dust in plastic bags. They keep the stolen pieces as souvenirs, thus damaging the 1,500-year-old monument under UNESCO protection. 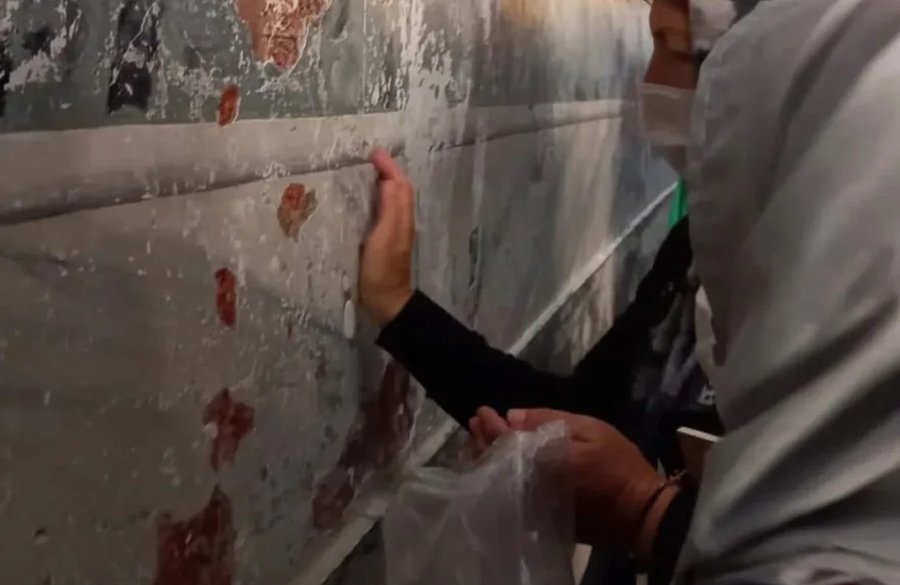 Images of the “new hobby” have been posted first on Turkish social media and later on the websites of media supporting  opposition parties that express concern regarding the protection of the 1,500-year-old monument.

“Now they peel off pieces from the walls and place them in bags as souvenirs. Where is the respect, the protection of the cultural heritage in Hagia Sophia that has been standing for 1485 years? Before things get worse, please stop them. This is not a cult… ” a Turkish user posted on Twitter.

Architect Seda Ozen Bilgili reportedly noted: “I believe that those who remove the pieces, considering them sacred, are foreign visitors and if there is research, this will be found. In the past, tourists used to get souvenirs from the mosaics!”

The Ministry of Culture and Tourism must return to Hagia Sophia and protect the ground floor area that people visit. The common heritage of mankind can not be “protected” by experiments. It’s really sad to read such news,” Bilgili added.

It should be noted that even though they are Muslims, Turkish citizens in parts of the country where the Greeks were a strong element and especially in Istanbul, they go to churches on Orthodox saints’ name days or to honor Virgin Mary. 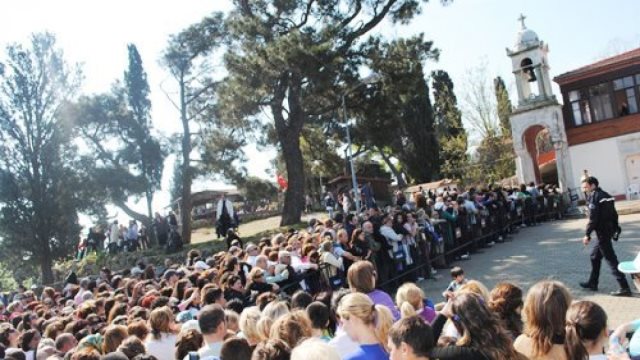 Thousands of Turkish men, women and children flock every year on April 23 to the Church of Agios Georgios (St George) Koudounas on the island of Pringkipos (Heybeli Ada) in the sea of Marmara.
From the port until up the hill, they release thread and they do not speak to anyone. When they reach the church, they pray for a miracle and a blessing. 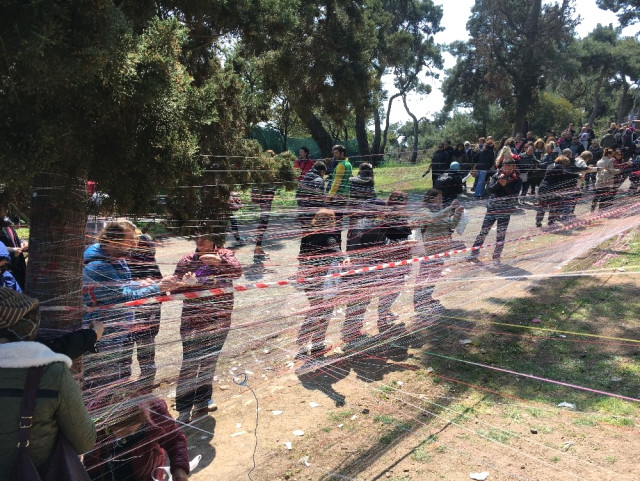 Turkish media that turned to the Ministry of Culture for a comment on the new vandalism in Hagia Sophia, they have not received any, so far.

The new vandalism comes a month after the damage of the Imperial Gate of Hagia Sophia  in April.

Two years ago, President Recep Tayyip Erdogan converted the symbol of Christian Orthodoxy into a mosque from a museum it was declared since the last 1930’s.