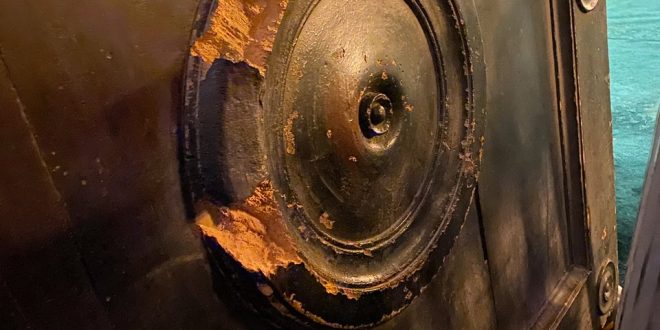 Historic Imperial Gate of Hagia Sophia has been destroyed UPD

The historic Imperial Gate in Hagia Sophia has been destroyed, the Turkish Union of Art History posted together with a picture on Tuesday. The picture shows in detail how the oak wood of the 15-century-old gate has been damaged. The security officer in charge simply said: No worries, it can be fixed. 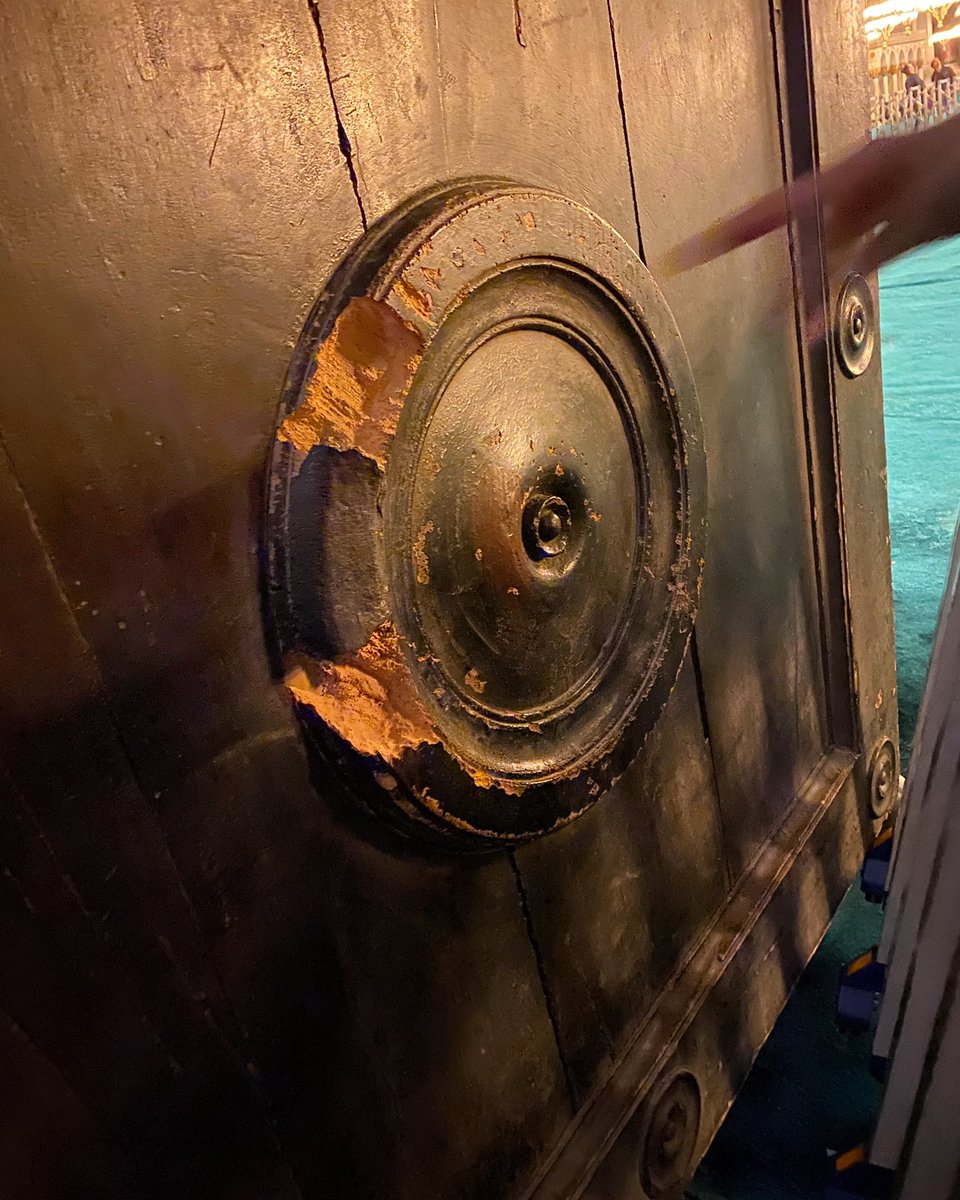 The Imperial Gate, the central door, is the largest of the Hagia Sophia and has been has been dated to the 6th century AD. It is about 7 meters high  and Eastern Roman sources (the Byzantines) say it was made with wood from Noah’s Ark, that was made of oak. 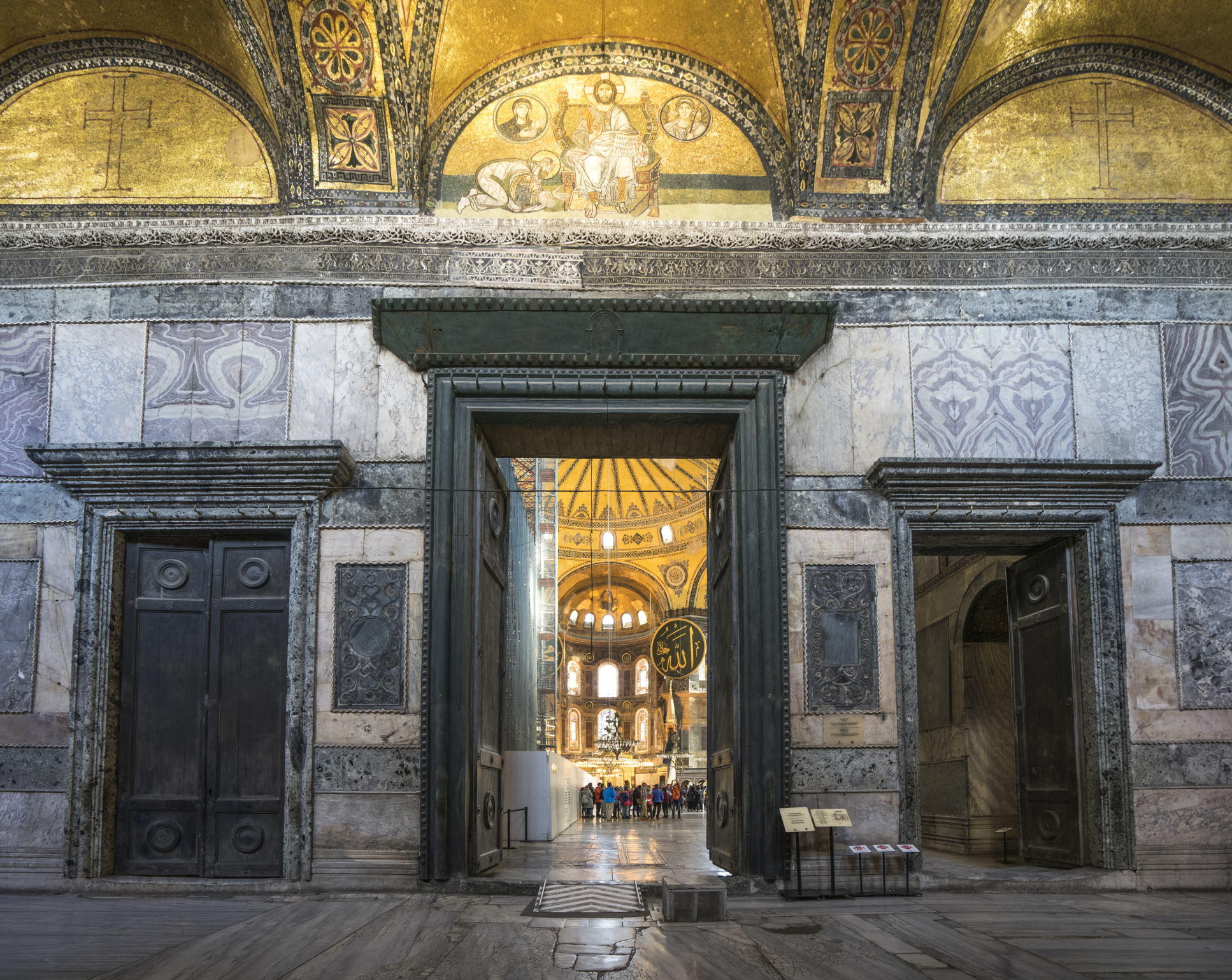 On a post on Twitter, the Union of Art History wrote characteristically: “We discovered that the historic Imperial Gate of Hagia Sophia is in such a state and we photographed it, around 20:45 tonight (18/4/2022)” photo.

The union pointed out to the response of the security officer of Hagia Sophia, who stated that he was not aware of the incident and told the union members that they were “ill-intentioned” and all they wanted “was to create trouble,” when they told the man that they would report the incident to the prosecutor.

What the Hagia Sophia security official said about the destruction of the historic Imperial Gate.

“Unfortunately, I heard the creepy statement from the man who said his name was Mr. Talib and is in charge of security in Hagia Sophia: he said he had no information about and that there is no video from the CCTV camera.”

He added, “it was nothing to worry about, it will let fix it.”

“We never accept and will not accept such a person to be in charge of the Hagia Sophia, one of the most important architectural works in the world. We will file a lawsuit both to identify those who destroyed the historic gate and to have this person removed from this post as soon as possible.”

According to sigmalive.com, the deputy general secretary of the municipality of Istanbul, Mahir Polat, took a stand on the incident, stating: “The person or persons who caused this disaster should be identified through a camera. The matter should be taken to the prosecutor, as they intentionally caused damage to the number one historic building, the Hagia Sophia.”

The post triggered an outrage among Turkish art lovers, yet, one user claimed that “the door was destroyed by the crowd.”

In a statement issued early Tuesday evening, the Greek Foreign Ministry expressed “disgust and sadness” over the “images of vandalism of the Hagia Sophia Imperial Gate in Istanbul, a World Heritage Site.”

It called on the “competent authorities to do their due diligence so that those responsible can be brought to justice, as well as to immediately repair the damage to the Monument.”

Two years ago, President Recep Tayyip Erdogan converted the cradle of Orthodoxy into a mosque.

There may be a crowd of people going through the door to pray for Allah but the damage seems very obviously as hand made by one man.