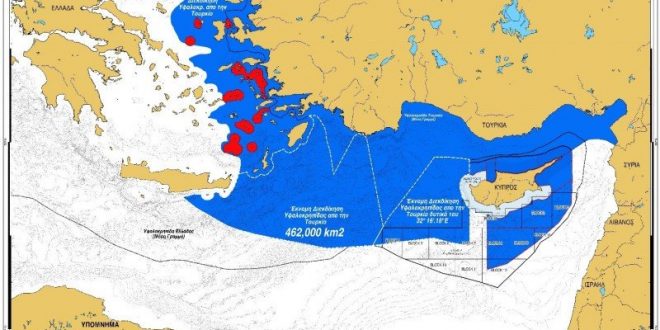 The Permanent Representative of Greece to the United Nations delivered a letter addressed to UN Secretary General Antonio Guterres on Wednesday rejecting claims contained in a letter delivered by Turkey to the same body in September 2021.

The letter dated May 25, 2022, focuses particularly on Turkish claims that failure to demilitarize the islands of the Aegean brings their sovereignty into question.

The letter rejects the Turkish claims as legally, historically and factually untenable. 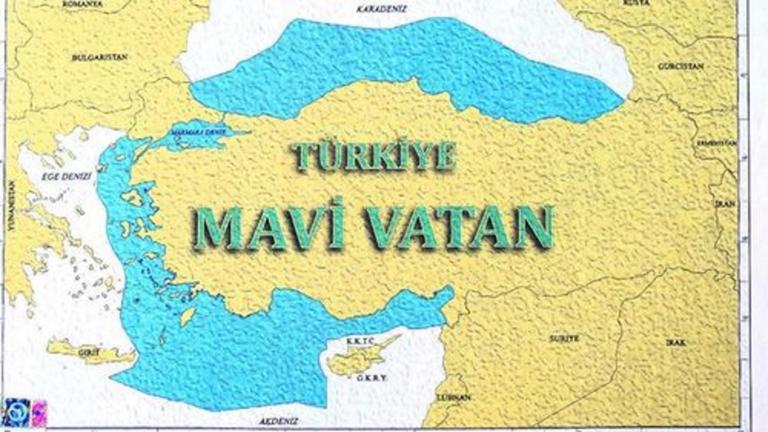 Specifically, it rejects the entire Turkish argument that Greek sovereignty of the Aegean islands is in any way linked to a supposed obligation to demilitarize these islands, adding that this link violates both the spirit and letter of the 1923 Lausanne Treaty and the 1947 Paris Treaty. 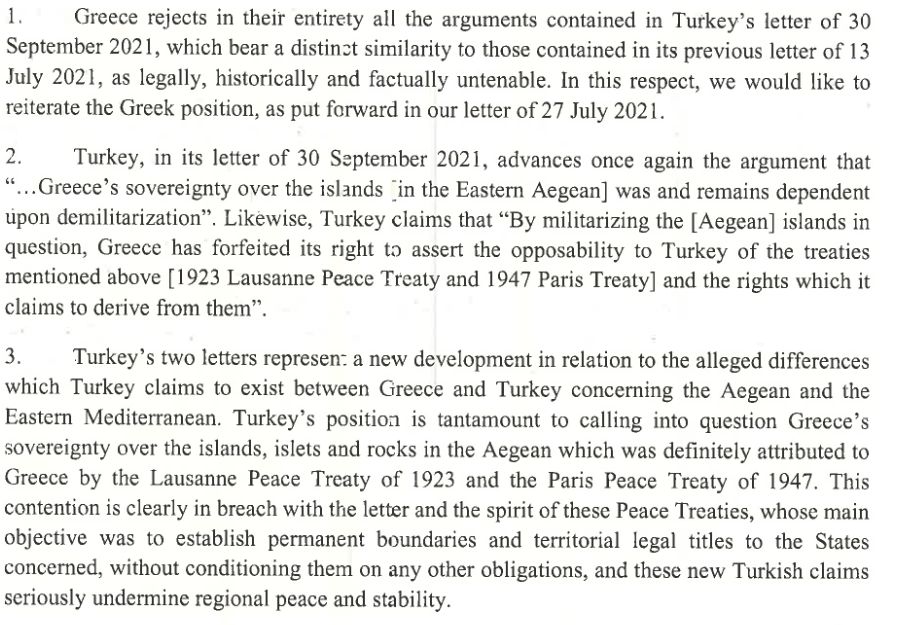 Excerpts from Greece’s Letter to UN

“Greece rejects in their entirety all the arguments contained in Turkey’s letter of 30 September, which bear a distinct similarity to those contained in its previous letter of 13 July 2021, as legally, historically, and factually untenable. Any attempt to call into question Greece’s sovereignty over these islands on the unfounded premise that Greece allegedly violates its obligation to demilitarize them under the above-mentioned treaties, is contrary to the fundamental principle of international law regarding the stability of boundaries and titles of sovereignty.

All of the above Greek islands have the right to a territorial sea, an exclusive economic zone, and a continental shelf in accordance with article 121 (2) of the UNCLOS. Therefore, as the sovereignty of Greece over the said islands is legally undisputed, their entitlement to maritime zones and their effect on maritime delimitation has no connection whatsoever with the issue of their demilitarization.

Greece continues to firmly believe that the two countries can resolve their outstanding difference, namely the delimitation of their continental shelves and exclusive economic zones, in a spirit of good-neighborly relations and in accordance with international law. Greece calls upon Turkey to also commit to the peaceful settlement of this difference.”

The whole letter in English here in PDF