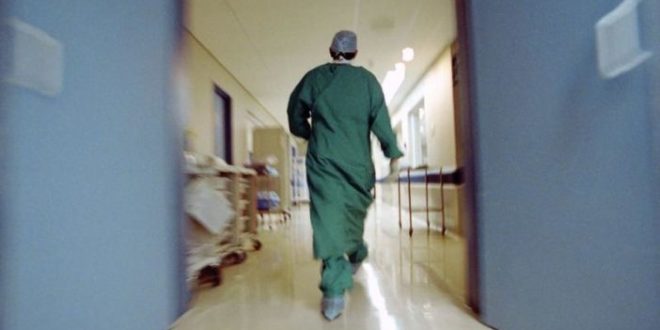 The first case of monkeypox has been confirmed in Greece, national health care organization EODY announced late on Wednesday.

Infected with the virus is a man with a recent trip to Portugal, health authorities said..

The patient is 49-years-old and returned from Portugal 15 days ago, ANT1 TV reported Thursday noon.

The initial test carried out at the EODY’s Central Public Health Laboratory for non-variola orthopox virus species, including the monkeypox virus, was positive.

The samples have been sent to the Laboratory of Microbiology of the Medical School of AUTh for the genomic confirmation of the monkeypox virus.

The patient is hospitalized in a stable condition, EODY said.

The patient was identified at the Andreas Syggros hospital in Athens on June 8, 2022. the hospital has informed authorities.

“Today, 08/06/2022, a case with clinical symptoms compatible with the disease was reported to EODY by the Andreas Syggros Dermatology hospital in Athens, EODY statement said.

In its statement EODY emphasized that the risk for the general population is still low.

According to EODY announcement, “As of June 7, a total of 577 cases of smallpox have been recorded in 18 European countries, as well as 437 cases in 10 countries outside Europe.

“According to the epidemiological data available so far, the risk to the general population is still low, as the disease is usually mild and self-limiting and the disease is characterized by relatively low transmissibility.”

According to the US Centers for Disease Control and Prevention (CDC), as of June 7, there were 1,088 confirmed cases of smallpox worldwide in 29 countries.

The CDC now advises travelers to “take extra precautions” to avoid infection, in particular from having close contact with people with skin and genital rashes, as well as materials used by patients with the disease. , such as clothing and bedding, nor to eat meat from wild animals.

The risk of monkeypox infection in monkeys is still considered low for the general population. However, in some cases the transmission can be done by air, at least over short distances. Although airborne transmission is only a small factor in the spread of monkey pox, experts are not yet able to make a sound assessment of how much this route contributes to the spread of the disease, according to the New York Times.”