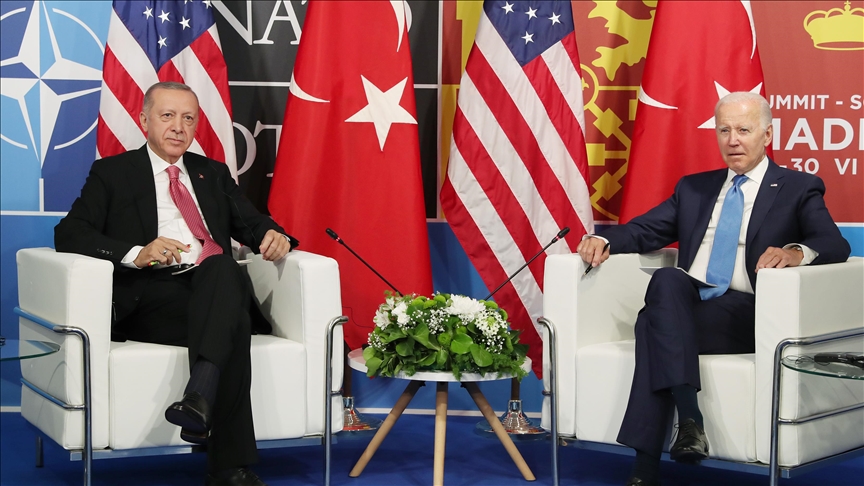 The Biden administration threw its support behind the potential sale of F-16 fighter jets to Turkey, a day after Ankara lifted a veto of NATO membership for Finland and Sweden, and while US president Joe Biden was holding a meeting with Turkish president Recep Tayyip Erdogan.

“The United States supports Turkey’s modernization of its fighter fleet because that is a contribution to NATO security and therefore American security,” she said, according to Reuters.

“These plans are in the works. And, they need to be worked through our contracting processes,” she added.

Turkey made a request in October to the United States to buy 40 Lockheed Martin-made F-16 fighters and nearly 80 modernization kits for its existing warplanes.

Washington had not previously openly expressed any opinion on the sale aside from saying all weapons sales would have to go through the necessary legal process.

In March, the State Department wrote a letter to some members of the US Congress who had opposed the sale, saying “appropriate” US defense trade ties with Turkey would serve US interests.

Later on Wednesday and during a meeting with Turkish President Erdogan, US President Joe Biden reportedly thanked Erdogan for his efforts to get millions of tons of grain out of Ukraine and supporting Sweden and Finland’s NATO membership.

NEW: Biden to Erdogan: “You're doing a great job, I just want to thank you” for working to get grain out of Ukraine and for striking the deal to allow Finland and Sweden to join NATO pic.twitter.com/1xhLdhQZwV

“As soon as I land in Washington, I will work to resolve the F-16 issue”

"I will make an effort to pass it through the Congress," he said.

Per Turkish sources to @senaalkan

The meeting lasted nearly one hour.