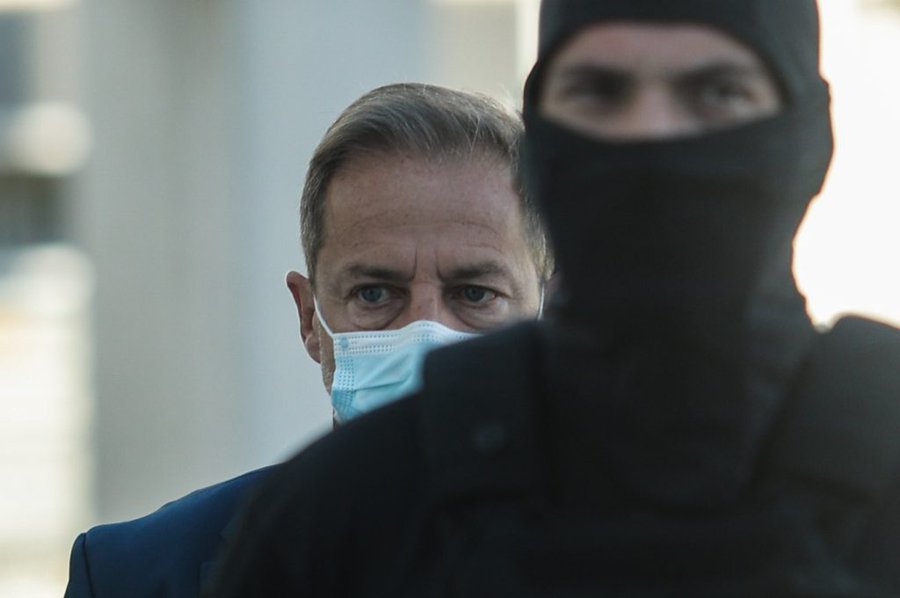 Outrage as ex National Theater Director Lignadis convicted for 2 rape cases, is out on parole

July 13, 2022 FEATURED, Social, Society Comments Off on Outrage as ex National Theater Director Lignadis convicted for 2 rape cases, is out on parole 705 Views

The former director of the Greek National Theater, Dimitris Lignadis found guilty of the rape of two minors, sentenced to 12 years in prison. However, the court also ruled that he can go free until his appeal is heard, provided he pays 30,000 euros bail. His release on parole triggered an outrage.

Former National Theater director Dimitris Lignadis will be released from prison on parole until his appeal hearing takes place, after an Athens court decided to suspend his fresh jail sentence late afternoon on Wednesday.

Earlier in the day, a Mixed Jury Court sentenced Lignadis to serve 12 years in prison for two counts of raping 17-year-old boys in 2015.

The public prosecutor had asked that the sentence should not be suspended pending the appeal, as Lignadis is considered liable to commit further crimes and has admitted no responsibility for the acts for which he has been found guilty by the court.

Lignadis will soon have served 17 months in prison on remand.

In addition to the 30,000-euro bails, the court imposed several restrictive conditions for Lignadis’ release, including that he is banned from leaving the country and he is obliged to check at his local police station on the 1st, 6th and 20th of every month.

The bail has to be paid until July 23.

The decision to suspend Lignadis’ sentence was reached by a majority of four votes to three, with two jurors and one of the judges calling for Lignadis to remain jailed.

It was reported that the final verdict was read amid strong reactions and disapproval from victims and members of the court audience.

Crowd that was outside the court started to swear against Justice and verbally attacked some of Lignadis friends and defense witnesses who were present in the court today. Among them a former PASOK minister.

The victims’ lawyer told ERT TV, that they will appeal the court decision on parole.

“All four previous decisions were against Lignadis being released from prison pending trial on the grounds that he was considered dangerous in committing the same crimes. NOw that he has been convicted to 12 years, is he less dangerous?” the lawyer stressed.

Lignadis’ lawyer is convinced that his client will be cleared of all charges in the court of Appeals, arguing that he was not convicted with unanimous votes in the Mixed Jury Court. “My client is innocent,” the lawyer told media.

Protests were held in Athens and Thessaloniki short after the court decided for Lignadis’ parole.

On social media, the hell has broken out, with many questioning the court decision to set him free until who-knows-when the appeal trial will take place.