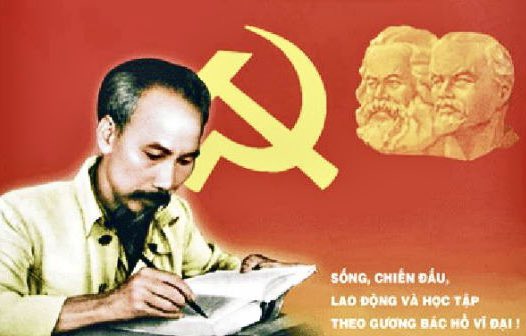 In a move that surprised many in Greece, conservative right-wing New Democracy Foreign Minister Nikos Dendias said that a bust of Vietnam’s communist statesman, a Marxist-Leninist revolutionary, Ho Chi Minh, will be erected in the town of Edessa, northern Greece.

President Ho Chi Minh, the founder of Vietnam, fought on the Macedonian Front in the period ‘16-'17 serving in the French army. We, therefore, agreed that a bust of him should be erected in Edessa to highlight this fact. pic.twitter.com/XkJQvZDp3R

In his tweet in Greek, the FM noted that with Vietnamese counterparts, they also discussed about the transfer of the ashes of Greek Sarantidis who fought in the army.”

Dendias has been visiting Vietnam on Monday, following the visit by the President of the Hellenic Republic Katerina Sakellaropoulou in May 2022 and Vietnam’s Vice President Vo Thi Anh Xuan in Athens in November 2021.

Talks focused on Greece-Vietnam’s economic relations, the EU-Vietnam cooperation and on the shared commitment to the Law of the Sea (UNCLOS), the Greek Foreign Ministry posted also on Twitter.

In the spirit of the Olympic Games, The Greek FM made also a donation for support of “young talented athletes in Vietnam.”

During a special ceremony tdy in #Hanoi, I delivered to 🇻🇳Dep.Minister of Culture, Sports & Tourism, Hoang Dao Cuong, a donation by @GreeceMFA to support #Vietnam's Olympic Committee and in particular the program: “Young talented athletes in Vietnam”. pic.twitter.com/zQDwkUmbmG