Finance Minister Christos Staikouras announced on Thursday he will present a supplementary budget to cover the cost of additional aid for households and businesses hit by high energy costs.

Staikouras said the performance of tourism and revenues from taxes create additional fiscal space for more spending.
He did not specify the cost of the supplementary budget, saying “I cannot tell you, right now.” 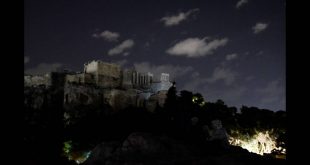