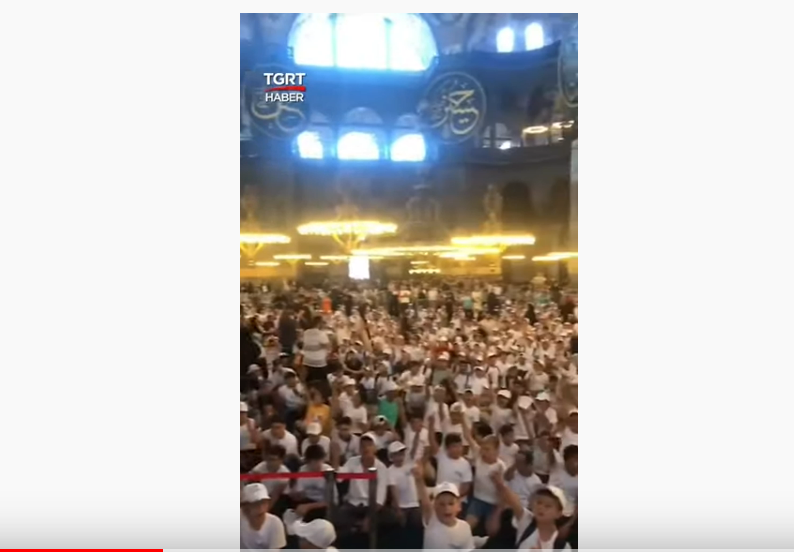 The event “Hagia Sophia Summer School Meeting” was reportedly organized by the Turkish Youth Foundation TÜGVA, where the son of president Recep Tayyip Erdogan, Bilal, has a high administrative position.

A few days ago, on the anniversary of the conversion of Hagia Sophia into a mosque in July 2020, Turkish media referred to the two special editions as well as the documentary presented by the Directorate of Communications of the Turkish Presidency.

Erdogan wrote the foreword to one of the two books, recalling that a presidential decree on July 10, 2020 ensured the reopening of Hagia Sophia as a mosque.

“Glory be to Allah, who gave us the opportunity to restore the symbol of the Fall, the will and trust of the Conqueror, Hagia Sophia, to its original state 86 years later. May the resurrection of Hagia Sophia be once again beneficial”, Erdogan reportedly posted in a message on Twitter.