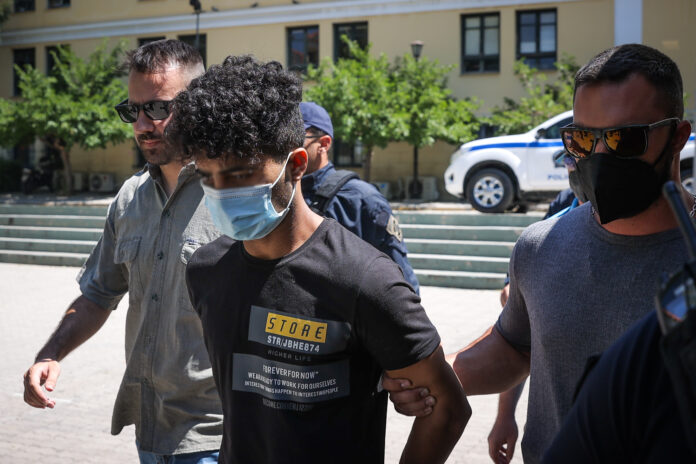 A 22-year-old Pakistani man was taken to Athens prosecutor on Saturday following his arrest for the murder of 17-year-old Nikoletta in Athens on Monday evening. The man had fled Athens and Greece after the crime and was arrested in neighboring North Macedonia on Friday.

The man admitted the murder of his girl-friend to police. He reportedly said that they had an argument and at some point he restrained her on her bed and and he put his hands on the girl’s mouth and nose.

An autopsy had found that the victim had died of suffocation and that a physical struggle had preceded her death.  The body had bruises and DNA of the attacker was found under her fingernails.

Right after the crime that took place in the victim’s home in Peristeri suburb of Athens, the man fled the Greek capital on a train to Thessaloniki and from there he illegally crossed the border to North Macedonia.

From the very first moment he was the main suspect for Nikoletta’s death. According to her friends, she was to break up the relationship to the man.

According to state broadcaster ERT, right after the murder he joined a group of migrants he knew they were planning to leave the country hours later. furthermore, he informed some of his friends that he was leaving for Thessaloniki.

After several leads and coordinated actions of Greek and North Macedonia police forces, he was arrested among a group of migrants south of Skopje.

He was reportedly located due to his mobile phone signals.

He was :delivered’ to Greek authorities in zero time on Friday night.

He was given time until, tomorrow, Monday to prepare his testimony.

According to latest media information, the man was illegally in the country and has no official papers. Due to previous arrests by police for drugs issues, he had given for registration two different names and three different dates of birth, between 1999 and 2001.

Nikoletta was the third femicide victim in the country in just 36 hours.