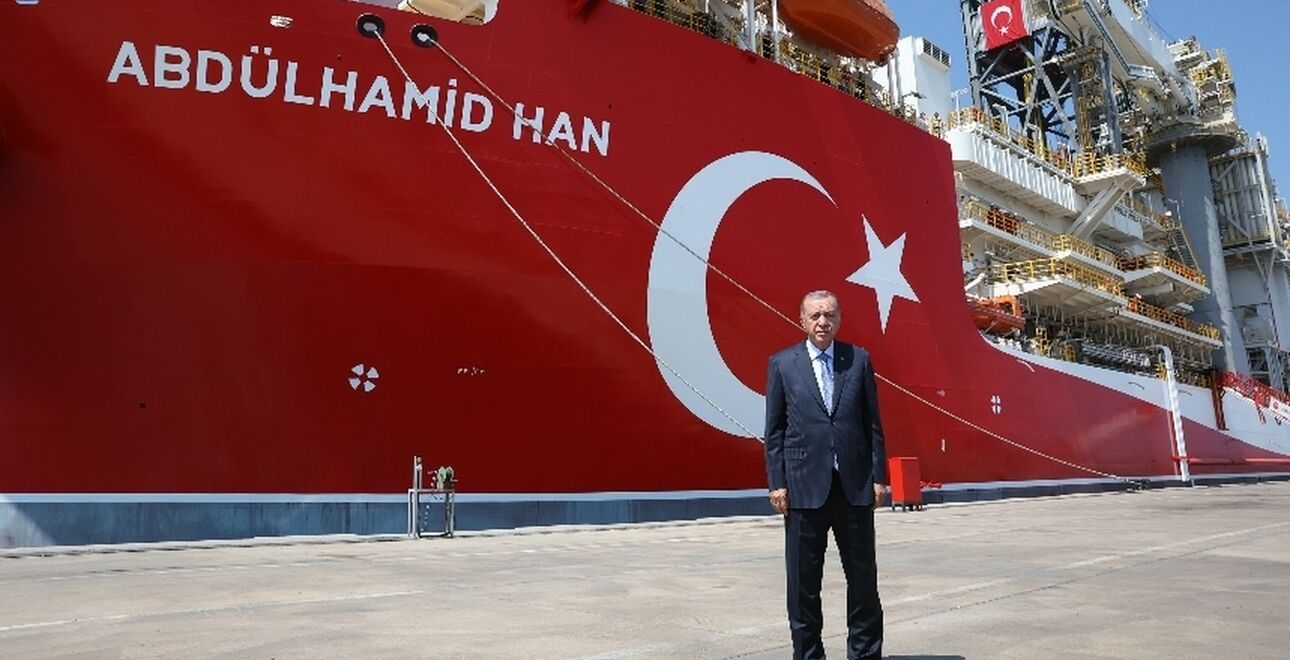 With a helicopter Turkish President Recep Tayyip Erdogan landed on drill ship “Abdulhamid Han” docked at the port of Tasucu in Mersin province early Tuesday afternoon to attend the farewell ceremony before it set sail to Yorukler-1 exploration well in the eastern Mediterranean Sea.

Prior of attending the ceremony, Erdogan flew with the presidential jet over the drill ship and posted a picture on Twitter.

Turkey carries out exploration, drilling operations in the Mediterranean within its jurisdiction, Erdogan said adding “We do not need anyone’s permission for this.”

Turkey has a “rare” drilling fleet in world with ships of Fatih, Kanuni, Yavuz, and Abdulhamid Han, the Turkish president said.

He added that “the fourth drill ship Abdulhamid Han is a symbol of Türkiye in the field of energy.”
The destination of the drill ship was kept a secret until the very last moment, having Greeks and Cypriots sitting on hot charcoal for days, fearing the ship mission would cross red lines making a new, big tension unavoidable, triggering unpredictable developments.
However, Erdogan who had secured the privilege to announce personally the ship’s route and destination, said the Adbulhamid Han will operate 55 km off Gazi Pasa, between Turkey’s southwestern mainland and the occupied North of Cyprus. 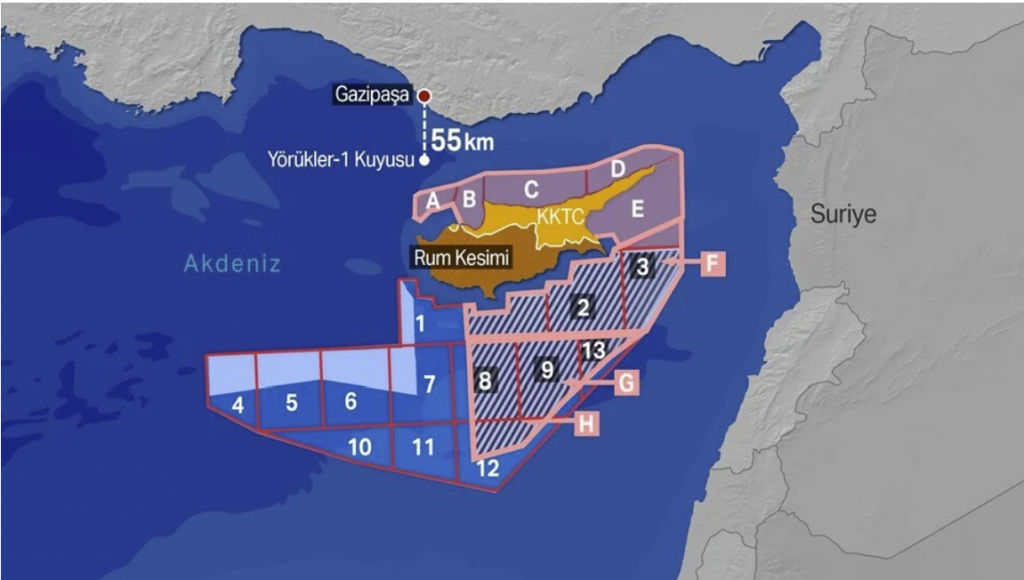 Fiesta is over, Crisis averted. 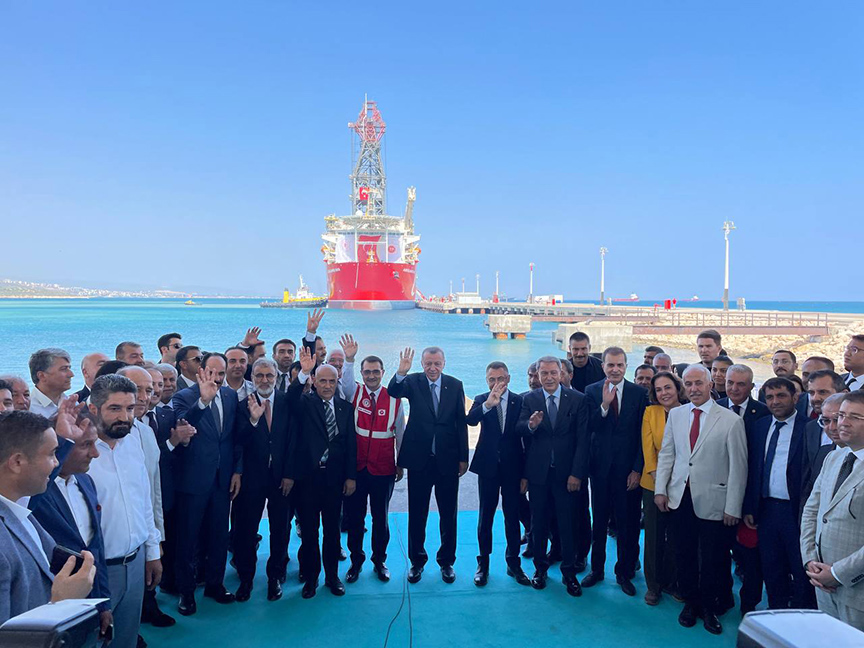