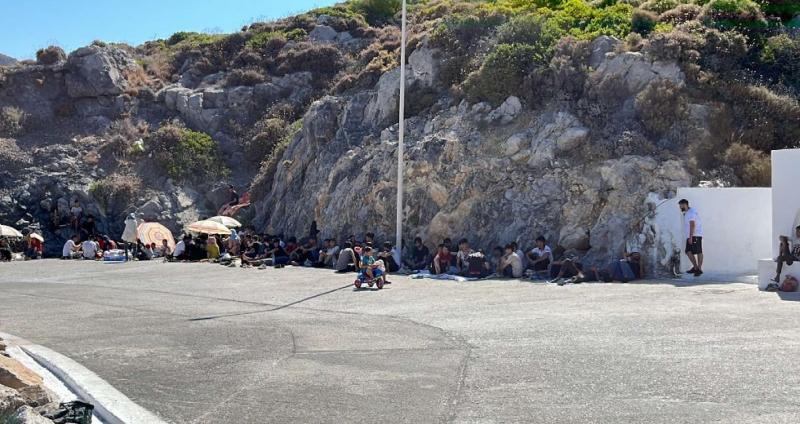 August 18, 2022 Politics, Refugees Comments Off on Kythera: 236 refugees stranded in 48 hours on an island with no migrant facilities 1,450 Views

The third vessel in the last 48 hours, carrying 67 migrants of various nationalities was located early Thursday at Limnionas on the island of Kythera early Thursday morning. Three Turkish nationals have been arrested as alleged human traffickers. 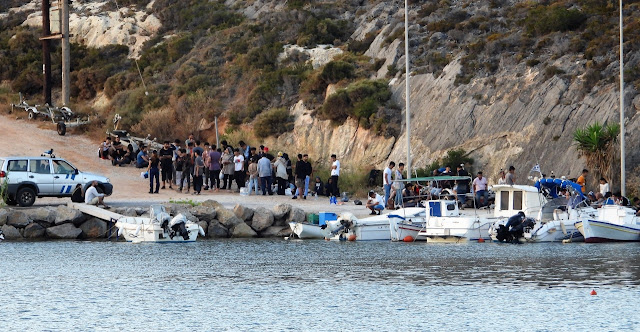 Together with another 166 migrants, mainly from Afghanistan who arrived on Wednesday, local authorities located the migrants on the beach as the island off South Peloponnese has no relevant facility or hosting center.

All 236 people, among them 40 women and children and one pregnant woman, have been left helpless under the hot sun with temperatures reaching 40 degrees Celsius,  at the port of Kapsali, media reported. So far there is no help by official agencies. 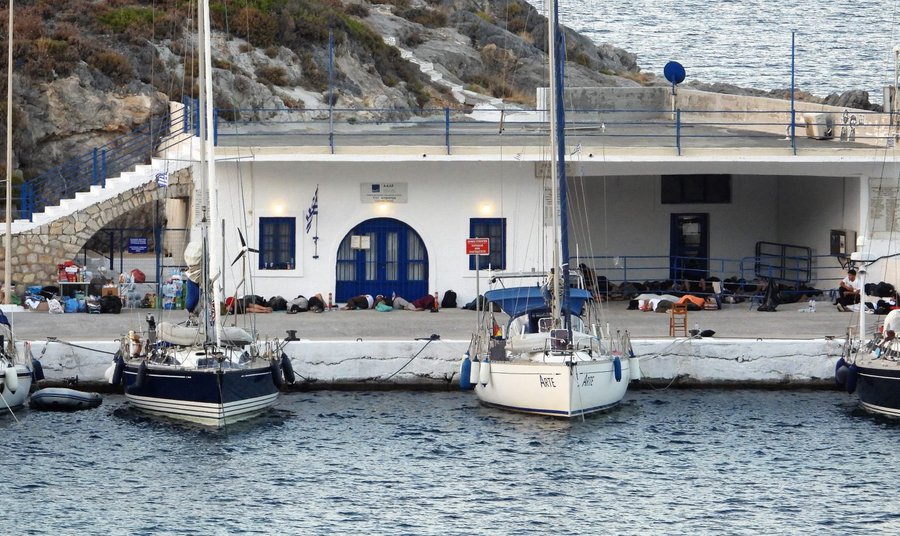 They were distributed some beach umbrellas… 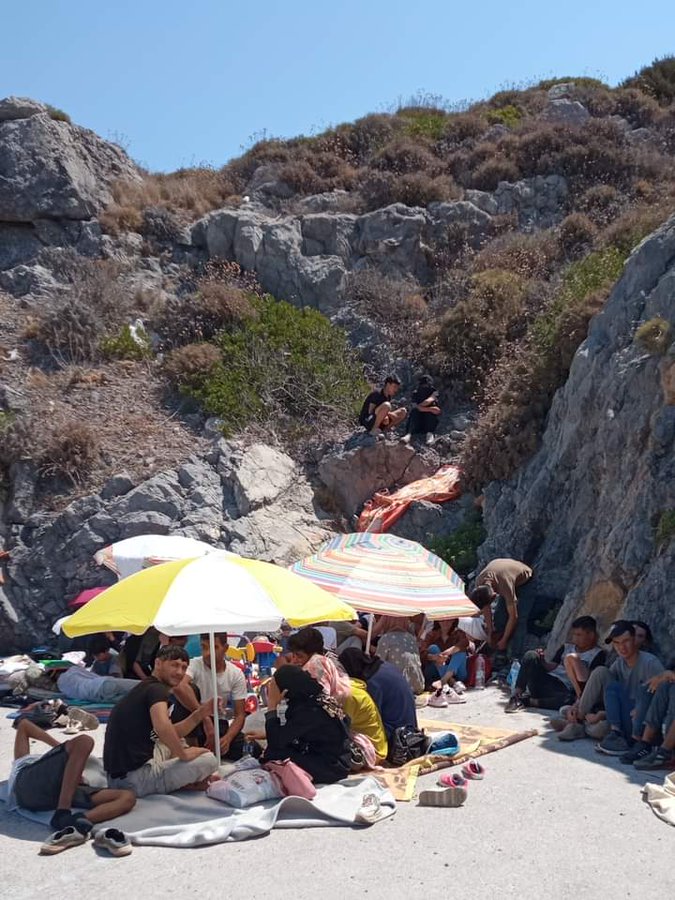 Citing locals, daily efimerida ton syntakton reported that dozens of residents and visitors are trying to help in any way they can, with food and water and other basic needs items.

“Among them are many children and women suffering under the hot sun”, said Manolis Charos, who is in the area and like dozens of other volunteers of Kythera is trying to help in any way they can, since the critical mechanism seems to have suffered a “short circuit”.

According to the volunteers there, there was no provision of food even for the uniformed port guards and policemen who are also “baking under the August sun” in one of the southernmost points of Greece and Europe!

“We give food and water also to them,” said painter Manolis Charos, adding that the absence of a reception plan was also shown by the fact that the port officers did not even have handcuffs for the three Turks arrested as traffickers on Wednesday.

“We were looking for plastic handcuffs from plumbers and electricians,” he added characteristically, describing with the blackest colors the condition of the children and especially the women, who remain heavily clothed under the hot sun.

“Even some beach umbrellas, which were distributed, are practically useless, since they have no base and are the kind that are nailed to the sand. But people are on hot concrete,” volunteer Despina Varderis told efsyn.

On the initiative of residents, water, food as well as clothes and shoes are offered to the refugees, while municipal factions complain about the absence and inaction of the municipal authority.

A group of volunteers, locals and tourists, managed to clean a space and set up shades for the dozens of stranded refugees and migrants.

The mayor of the Kythera had appealed for help for the stranded people.