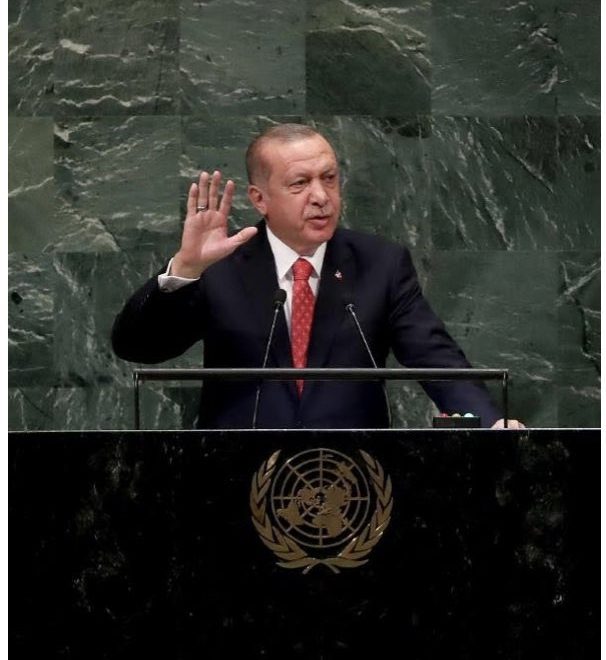 Greek Foreign Minister Nikos Dendias responded to unprecedented attacks by Turkish President Recep Tayyip Erdogan who used the podium of the United Nations General Assembly to claim “Greece is turning the Aegean into a cemetery for migrants.

“Greece is turning the Aegean into a cemetery for migrants,” said Erdogan in New York on late on Tuesday, adding that Greece “with its illegal pushbacks increases the violence against migrants in the Aegean.” Moreover, the Turkish President said also that apart from the “inhumane pushbacks,” Greece is pursuing a policy of “political repression and discrimination” against its Muslim community.

Prompt was the reaction of Greece, with FM Dendias saying “the country that is instrumentalizing the issue of migration, endangering tens of thousands of lives, comes here to accuse Greece of crimes against humanity, when in fact it is using false data that has been discredited for over ten days.”

Stressing that “Greece is a European country that absolutely respects human rights and, of course, the rights of its Muslim community,” Dendias said “afterall, this is proven by the raw numbers. The Muslim community in Greece is growing, expanding, and prospering.”

The Greek Foreign Minister underlined then: ““We call on Turkey to answer on what happened to the Greek community of Istanbul and how the thriving – with more than 100,000 members once, community, today numbers less than 5,000 people.”

An official respond to Erdogan from the UNGA podium is scheduled by Prime Minister Kyriakos Mitsotakis, state broadcaster ERT reported on Wednesday..